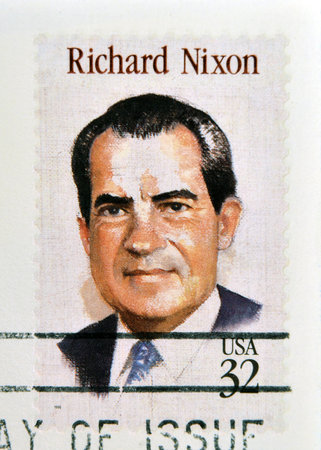 Drug addiction affects far more than the people using directly. When someone’s life is overtake by addiction, society as a whole suffers. A person thinking about nothing other than a fix may do desperate things to get drugs, which can then influence them to behave in unpredictable ways that can be harmful.

That is why it is appropriate for local governments and communities to get involved in preventing substance abuse, and helping addicts get the recovery they need. For a long time, the government’s approach has been largely punitive and based on harsh punishments and strong law enforcement as a deterrent to substance abuse, a program that both its architects and critics referred to as a “War on Drugs.”

New revelations about how addiction works and should be treated have led many to call for new treatments that de-emphasize a law enforcement-driven approach, in favor of treating addiction as a public health issue. In a recent interview, an advisor to President Richard Nixon, one of the main men behind the government’s decision to declare a “War on Drugs,” appeared to suggest this switch, admitting more sinister political motivations were behind these policy decisions.

The Interview:
The article was written by Dan Baum, and published in Harper’s Magazine in April 2016. It it, he accounted a time he spoke with John Ehrlichman, Nixon’s Assistant to the President on Domestic Affairs, shortly before he died. Ehrlichman was one of his top counselors and advisors, and one of the central figures behind pushing drug criminalization in the Nixon White House. Since then, for almost 30 years, it has been largely unquestioned as the consensus view in both parties.

In a perspective that Ehrlichman had never been quoted as expressing before, he said, that his efforts to inflating the dangers of drug use as a public menace were a lie. The real motivations, he claimed were dealing with people Nixon considered “political enemies.”

In Ehrlichman’s mind, the two main opponents of Nixon’s agenda were “the antiwar left and black people….We knew we couldn’t make it illegal to be either against the war or black, but by getting the public to associate the hippies with marijuana and blacks with heroin, and then criminalizing both heavily, we could disrupt those communities. We could arrest their leaders, raid their homes, break up their meetings, and vilify them night after night on the evening news.”

Drug Laws and Race:
Although some people who knew Nixon and Ehrlichman, and worked with them on drug policy have claimed that Ehrlchman was probably speaking sarcastically, this revelation is a bombshell. Certainly, many people who supported these drug laws were generally concerned about the public health crisis of substance abuse, especially wanting children to avoid it, and were trying to respond in the best way they could. However, the claim that at least some people who criminalized drug use so harshly were more interested in advancing political power rather than really doing what was best for preventing and treating addiction should give us pause.

In particular, laws preventing and punishing substance abuse has often disproportionately affected African-American and Latino/a users rather than white users. A 2011 survey by Substance Abuse and Mental Health Services Administration (SAMHSA) found that, for cocaine, marijuana, pain relievers, and stimulants, whites were more likely to use the substances than any other racial group.

However, white users are more likely to either not get caught, or given more lenient sentences. A 2009 report by Human Rights Watch found that blacks made up 45 percent of people serving time in a state prison for drug possession. In the report, the organization suggested that police are more likely to make drug arrests in poor urban neighborhoods, so that drug use in other places goes unnoticed.

Regardless of the reasons why drug legislation took the shape it did, it is clear that these policies should be changed. Drug use is a much more equitable issue then current stereotypes suggest, and allowing racial biases and prejudices to color how these laws are understood has brought nothing but harm to all communities ravished by substance abuse.