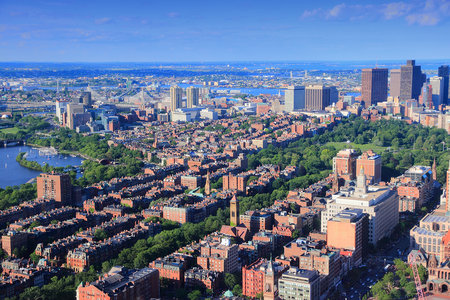 Illegal substance abuse has been a recurring issue for many years, destroying lives and tearing communities apart. According to statistics provided by Drug Policy Alliance, in 2013, 1.5 million people were arrested for drug use in the U.S. Traditionally, law enforcement has responded to substance abuse with punitive measures in an effort to discourage users.

However, when the small seaside village of Gloucester, Massachusetts experienced four sudden deaths by heroin overdose in three months, the police department tried a different approach. The Angel Program, which went into effect June 1, 2015 presents new ways of helping addicts get access to recovery, treating them, not as criminals, but as people in need of help.

The problem with traditional ways of simply enforcing drug laws as harshly as possible is that it often simply drives the addict underground. Addiction is a disease that causes a person to seek out a particular substance, overriding all other motivations or needs. So fear of getting caught is not effective at stopping their use, but it can makes him or her less likely to seek out needed help. Led by Chief Leonardo Campanello, the Gloucester Police Department recognized this problem, and so developed what they call the Angel Program.

In an official press release, he expressed a desire to “take a more active role in reducing the demand for drugs, not just the supply.” This means treating addiction as a holistic issue, to be solved not merely by arrested every drug abuser, but working with treatment centers and health organizations to truly help people.

Under the Gloucester program, people addicted to heroin can turn themselves into the police, and rather than arrested, will be paired with an “angel” trained to walk with them through a process of detox and recovery. If they surrender all drugs to the police, and engage in the recovery program, they will not face any punishment for their drug use. In this way, there is a huge incentive for users to reach out and get the help they need. In addition, all officers have access to Narcan, a nasal spray that can reverse the effects of an heroin or opioid overdose.

Of course, people can only make the decision to pursue sobriety for themselves, and must express a need for help in order to get it. Someone caught possessing drugs will be given access to recovery, but will be arrested and jailed if they are unwilling to take advantage of the recovery program. Furthermore, users will get support, but users “making money off the pain of others” have been given the message that “we have no use for you.”

Results in the beginning:

In an interview with Atlantic, Chief Campanello realized this program could take a little while before addicts feel comfortable coming to the police. Drug users generally are distrustful of law enforcement, so it might take a while to build a sense of trust that they can seek out treatment and not be arrested for it. However, he believes that over time, he can create a sense of his station as a “safe haven” where people can get immediate help whenever they need it.

In one month, more than 57 addicted residents sought out help and were put in the Angel program, their lives changed forever. This approach of reaching out to one person at a time, at an individual level has already made a significant change in its community, and is starting to attract the attention of other communities.

This innovative approach emphasizing giving access to care over “punishing” drug abuse is generating a lot of excitement from people all over the country concerned about addiction. A Facebook post by the Gloucester Police announcing their new approach has been “liked” by more than 33,000 people. State Senator Bruce Tarr created a proposal to allocate $100,000 of the state’s money to this revolutionary program, and expressed hope the program could be imitated elsewhere.