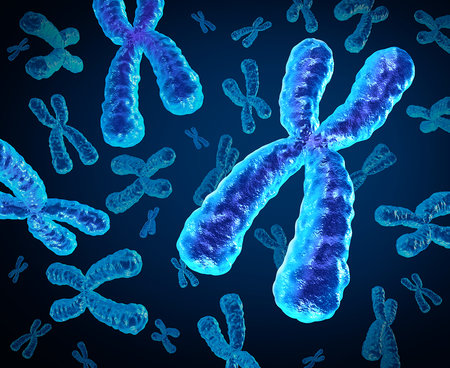 Now that eating disorders like anorexia and bulimia are better understood, we can begin to formulate better strategies for treating them. Eating disorders are quite similar to addictions to drugs, alcohol, or others in that it is an illness that impairs both the body and mind. In the past, anorexia and bulimia were viewed as simply bad lifestyle choices. But now we know that there is much more to it than that.

According to a recent study done at the University of Iowa, anorexia is very similar to addictions in that some people are more genetically predisposed to developing an eating disorder than others. The researcher leading the study says the latest findings are a breakthrough for eating disorder treatment. Dr. Michael Lutterat has been working on finding genetic links to anorexia and his previous work suggests that as much as 50 to 70% of the cause of an eating disorder is due to genetics. Now his most recent study suggests that there is a specific genetic mutation behind eating disorders like anorexia. The study was conducted on laboratory mice who had the same genetic mutation found in many people who suffer from anorexia.

In 2013, Lutterat’s research found that mutations in two specific genes were linked to a very high 85 to 90% likelihood of developing an eating disorder. These are the genes thought to be responsible for the behavioral abnormalities that are so similar to eating disorders. However, Lutterat was careful not to attribute the recent rise in eating disorder rates to genetic causes. He stated that the continuing rise in patients suffering from anorexia and bulimia is due to media portrayals of the ideal body and the Western preoccupation with thinness, not genetics.

So how will these new findings that link anorexia with genetics affect the way we treat eating disorders? Researchers are planning on taking a closer look at how genetic mutations affect the brain. This will lead to new approaches to eating disorder treatment that could be more effective.

These new findings will also continue to change the way we think of eating disorders as a society. We already know that eating disorders are mental and physical illnesses, but how are the two linked? The answer is quite complicated. Hormones, social feedback, nutritional deficiencies, and changes in the body are all factors that contribute to psychological states. The physical symptoms of starving oneself do in fact reinforce the psychological symptoms associated with the disorder.

Depression, obsessive negative thoughts, low self-esteem, and anxiety can become more severe as an eating disorder continues to degrade the body. This is a big reason why overcoming an eating disorder like anorexia is so difficult. The disorder has the capability of controlling both the mind and body of an individual. And as the disorder progresses, it only seems to get worse.

Dr. Lutterat’s findings are actually not that surprising given the fact that most physical and mental disorders (including addiction) originate from a combination of hereditary and environmental factors. How much each factor contributes to the development of a disorder varies from person to person. Examining each patient’s unique background to determine whether social factors or genetic predisposition is the bigger influence is important for deciding what type of treatment would be most effective.