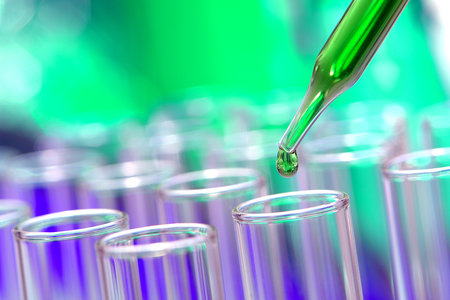 Medication has been used to combat addiction in various forms for decades but a new drug on the market known as Vivitrol promises to help a wide range of addictions including alcohol, heroin and prescription pain pills. Although the drug has only recently been incorporated in some substance abuse programs, some experts believe it could revolutionize the treatment of heroin and opioid abuse. With the epidemic rise of heroin and opioid abuse across the country, new forms of treatment could be beneficial in assisting those who continue to struggle with their addictions. For those who do not respond well to other types of treatment and experience repeated relapse, Vivitrol could offer hope of recovery to finally turn their life around and get sober.

Vivitrol in Treatment Programs for Opioid Addiction
Communities that have experienced a sharp rise in narcotics abuse and high rates of heroin or prescription overdose are beginning to take advantage of new options like Vivitrol to help improve their situation. Areas like Washington County which had 25 heroin overdoses in a year have started new Vivitrol programs to combat their drug problem. The new medication could be an improvement to more traditional kinds of treatment like methadone because it dulls the brain’s receptors preventing any kind of craving and stops users from even getting high if they take opioids. Methadone typically creates a limited buzz which in itself can be addictive for certain patients.

Vivitrol on the other hand cannot be abused and has no illegal market for it. The medication is actually a new form of an old drug known as naltrexone which came in a daily pill form in the 70s but never caught on as an effective solution. Rather than a daily pill, Vivitrol is administered in a long acting monthly shot which makes it much easier for addicts to adjust to sobriety. Instead of dealing with the mental struggle of deciding to take a pill every day, one injection a month can help them stay clean for longer.

Using Medication for Alcoholism
The results of using Vivitrol have been promising for opioid addicts with the majority of users staying clean in local community programs. The medication has also been used in certain treatment centers for patients battling issues of alcoholism. It works in basically the same way that it does for opioid addiction, dulling receptors and preventing the user from experiencing a high even from drinking alcohol. For people with addictions, drinking releases excessive amounts of endorphins which leads to pleasurable feelings that become associated with alcohol. Vivitrol works to block these feelings of pleasure because it attaches itself to receptors in the brain.

Alcoholics using Vivitrol in treatment programs say that it stops their cravings and keeps them clean for longer. Vivitrol is FDA approved and evidence shows that it is non-addictive however it can include some side effects in users such as depression, nausea and tiredness. For patients with an opioid addiction, they must detox prior to taking the medication and be completely abstinent from drugs for at least one to two weeks. The drug can also be very expensive with each injection costing more than $1,200 but for some patients Medicaid and other insurance plans with cover it.

While Vivitrol could prove to be a promising new kind of medication for people really struggling with their addictions, there is no substitute for rehab programs that include individual therapy and group counseling. Addicts can benefit from drugs like Vivitrol but they need to be involved in a full treatment program that addresses their ability to eventually stay sober on their own without the help of medication. For those who have been in and out of rehab and experienced multiple relapses however, this new drug could be a godsend in helping them be stable enough to succeed in recovery.