As the opioid crisis effects citizens of Iowa, the need for Narcan increases. Narcan otherwise known as Naloxone is a medication used to revive overdose victims. According to officials, in 2016 there were 180 lives saved from this medication.

The manufacturer of the drug has recently paired up with the Iowa Attorney General’s Office. They have agreed upon a lower price for the life saving medication. 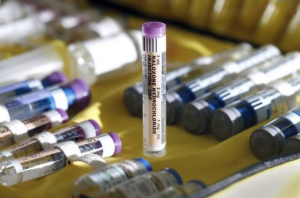 Since the agreement, Narcan will have a $6 per dose rebate for law enforcement officials, emergency medical services, as well as hospitals; according to Attorney General Tom Miller.

“Quite literally, naloxone may be someone’s only lifeline if they overdosed on prescription painkillers or heroin,” Miller said.

Once a person overdoses, their breathing slows down so much that the body stops receiving enough oxygen to survive. Naloxone reverses the effects by blocking the brain’s opioid receptors to jumpstart their breathing again.

Amphastar Pharmaceuticals in California is the supplier of this medication. The agreement will stand for two years before reconsideration.

The deal was a result of the increase in use of Narcan due to the large amount of opiate overdoses in the state.

“One of the situations we see as there is more demand for a drug … prices sometimes tend to skyrocket,” Miller said. “While we’re fortunate to have naloxone and it’s so effective, we must also realize that making it available impacts budgets that fund Iowa’s first responders and public health care providers.”

Andy Olesen, Cedar Rapids Fire Department Training Chief pointed out that officials in the area do their best to get the lowest price due to the high annual cost. 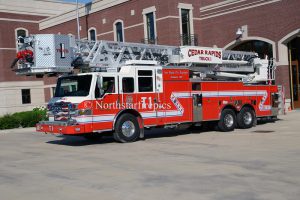 According to Miller, a dose can range from $23-$48. He believes that the rebate will ease the budgets of statewide organizations.

“It will provide some relief to public agencies that are pushed for public resources in so many ways. We also think it may be an indirect way to restrain increases in the future.” he said

Miller is still contacting several suppliers to negotiate on a price.

In the state of Iowa, there are upwards of 900 EMS workers.

Since the start of this year, there have been roughly 800 doses of Narcan given to overdose victims in the state.

EMS officials from the Cedar Rapids area have reported using 102 doses in 2016. Between March 1 and October 1, 78 of those doses were used.

Linda Frederiksen of Scott County MEDIC EMS said “administration of naloxone has gone from occasional to daily. So far, 450 doses have been administered this year and the county is on track to hit 600 before year’s end. Her company alone has administered 306 doses to 215 people this year”

With addicts who overdose on illegal drugs, EMS responders find that they need to use multiple does of Narcan. It has become more common in the area, said Dale Woolery from the Governor’s Office of Drug Control Policy.

With information provided by the Centers for Disease Control and Prevention, about 91 people across out nation died from a drug related overdose each day in 2015; that accumulates to 33,091 deaths. They also said that ERs across the country have cared for 1,000 people each day.

Between this year and last year, Iowa EMS agencies have reported these statistics: 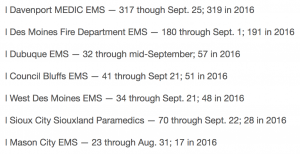 Last year, a state law was passed allowing people to purchase Narcan free of a prescription. This makes it easier for family members of addicts to be prepared in the event of an emergency.