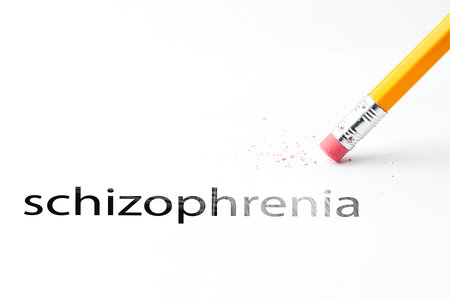 Schizophrenia is a debilitating mental disorder characterized by delusions, loss of personality, and behavior that indicates an inaccurate perception of reality. The National Institute of Mental Health estimates that schizophrenia affects 3.2 million people in the U.S. There is no known “cure,” but there are available treatments that can reduce symptoms and try help the sufferers lead productive and satisfying lives. Traditionally, treatment has often involved large dosages of antipsychotic drugs, that blunt hallucinations and delusions, but can also come with very difficult side-effects. Recently, a study was published that suggested there might be a better way.

The study was published in October 2015 in The American Journal of Psychiatry, and utilized 2 year studies of 223 patients in 34 clinics, led by Dr. John M. Kane from the Hofstra North Shore LIJ School of Medicine. It compared patients diagnosed with schizophrenia enrolled in traditional-drug programs with those taking part in NAVIGATE, which it called “a comprehensive, multidisciplinary, team-based treatment approach.”

NAVIGATE focuses on managing first-episode psychosis, or the moment a patient first experiences a break from reality. It usually occurs around the patient’s late teens or early 20s, and can be a deeply frightening experience. The study found that best outcomes were from people who received care as soon after first episode psychosis as possible. According to a report by The New York Times, patients usually wait around a year and half after the first episode before receiving care, and some do not get it at all.

Antipsychotic drugs can work at reducing delusions, and help some people be able to get their lives back. However, some people who take the medication experience deeply troubling side-effects, including weight gain, tiredness, tremors, or emotional numbness. As with all drugs, the risk and intensity of these unwanted effects increases as dosage goes up. Full-blown schizophrenia often needs large amounts of the drug in order to fully stave off the delusions, and as much as three-quarters of patients stop taking the drug after a year and half, leaving them with no treatment at all.

A more holistic approach has been tried in Australia and Scandinavia, but this study represents the first full-scale measure of its effectiveness. These programs use medication when necessary, but at lower dosages, emphasizing one-on-one talk therapy and family support. At lower dosages, there are much fewer side-effects, so the experience is felt as more healing. It also means that some schizophrenic symptoms remain, and so patients use the help of a cognitive-behavioral therapist to help manage them.

For example, people hearing voices in their head may be taught how to ignore or talk back to them, so they no longer control or interfere with their lives. Some psychologists have suggested that hallucinations and delusions may in fact be important messages. Cultivating an awareness and understanding that they are not real may be more therapeutically effective than simply bolting them out entirely with heavy medication.

With mental illness, no drug is meant to be a panacea that will cure everything just by taking it. Therapy and programs of inner healing are also important ways to help someone better understand, cope with, and resolve their internal feelings, so that they can have a fulfilled and happy life. At the same time, medication to correct imbalances in brain chemistry or function are a very helpful part of the recovery process. This “both-and” approach often has the best result. This hopeful study suggests a promising way forward in the way we should think about and treat schizophrenia.