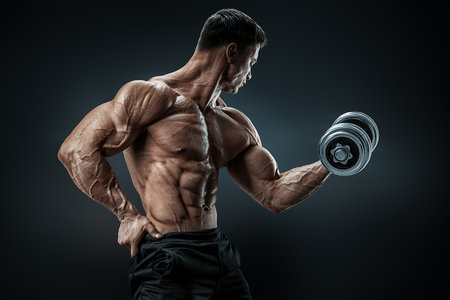 Although their use has been banned by almost every mainstream sporting organization, many men and women will misuse anabolic steroids to improve their strength, appearance, or athletic performance. As the term “roid rage” suggests, it is not uncommon for people using steroids to experience dramatic changes in their mood, becoming more agitated, irritable, and angry while taking the drug. However, they can also have the opposite effect, bringing on feelings of depression, sadness, and numbness. This radical and unpredictable shift in mood, either too “high” or too “low” is a very common effect of steroid abuse.

Dr. Bruce Svare, Professor of Psychology at State University of New York at Albany has summarized the results of several studies that show that steroid misuse can lead to severe mental disorders. This is intensified by the addictive and intensifying nature of steroid abuse, as users intensify dosages and “stack” multiple supplements together, as they act together in unpredictable ways.

These studies have backed-up anecdotal evidence of “roid rage,” or an increase in aggression anger, and violent behavior among steroid users, and shown how this effect can be long-term. A 2008 study by Kevin Beaver of Florida State University of teenaged males found that steroid use made them twice as likely to commit a violent crime.

Steroids elevate the body’s level of testosterone the male sex hormone that fosters physical development, and can also raise aggression levels. Both men and women have testosterone naturally, but men have it at higher levels. Needlessly artificially inflating testosterone levels can temporarily give you an “unfair advantage” at physical activities, but it can also do long term damage to physical and mental health.

When the body experiences a flood of testosterone, the female sex hormone estrogen is suppressed. As a result, when the effect of the testosterone-boosting steroids stops, the user will experience estrogen rebound, as that hormone is made in abundance to compensate for the deficit. High levels of estrogen can have many of the opposite effects as testosterone, causing the user to feel tired and a lower mood and energy level. Steroid abuse also blocks several neurotransmitters such as epinephrine, norepinephrine, and serotonin that contribute to a feeling of stability in the brain, further elevating a risk that thought patterns and behaviors will seem “out of control” of the user.

This unnatural “see-sawing” between high levels of testosterone and estrogen is the primary reason steroid abusers experience dramatic mood swings. The use of the drug can bring on a strong euphoria and high levels of confidence,which can intensify into a lack of inhibitions and risky behavior. This is followed by a deep depression as the effect wears off.

This unpredictable mood elevator can miror, and may trigger or worsen, the symptoms of bipolar disorder. At more severe levels, steroid use can also interfere with brain in other ways, bringing on paranoia, delusions, and hallucinations. Thus, there are a wide variety of ways steroid abuse can do great damage to mental health, and these effects are not always controllable or predictable from user to user.

If you need help:

Discontinuing steroid use can be a very important step in regaining a sense of mental health. If you have experienced negative moods as a result of your abuse, you can get help. It is also important that you receive therapy and help regulating your moods and learning how to better cope with lingering mood swings. Dual diagnosis treatment that deals with the substance abuse and mood disorders together can be the best treatment for helping you get your life back.