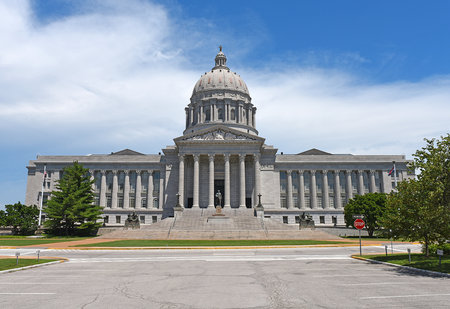 One state is taking big steps in fighting eating disorders. Missouri has just become the first state in the U.S. to pass a law requiring health insurance companies to cover treatment for all eating disorders. The law will begin taking effect next month (August 2015) and will help expand the coverage of health care plans to include mental health treatment like therapy and others. For someone suffering from an eating disorder, this law will make it possible for them to be covered for the physical as well as mental treatment necessary for a recovery.

The new law in Missouri will also make it so that more people qualify for treatment. Instead of basing treatment solely on the physical symptoms of a patient, a person;s mental health will also be taken into consideration when visiting a doctor. This is a big step for making sure more people suffering from eating disorders get access to the help they need.

All too often, a person with bulimia, anorexia, or binge eating disorder have no obvious signs of their condition. This make it all too easy for a person to continue to suffer silently because their doctor only paid attention to outward signs of health. Eating disorder experts say this has been a big obstacle to getting treatment in the past, and has unfortunately led to a higher number of deaths or relapse.

Missouri governor Jay Nixon expressed his support for the new law, saying that by requiring insurance companies to take a more comprehensive approach to treating patients, they will be able to more easily get the care they need. Nixon agrees that because many eating disorder sufferers show no obvious signs of their struggle, it’s especially important for health providers to take the state of their mental health into consideration.

Many states are already requiring insurance companies to cover treatment for mental health issues. Unfortunately, most of these laws are quite vague and the specifics of coverage are left up to the insurance companies to decide. This means that many patients who need mental health treatment are being left behind. Hopefully the new law in Missouri will bring much needed attention to an issue that’s affecting Americans in all the states.

Anorexia Nervosa is characterized by an unwillingness to maintain a normal body weight, a distorted body image, fear of gaining weight, abnormal eating behavior, and disrupted menstruation in girls and women. Those with anorexia will maintain their thinness by extreme dieting, excessive exercise, abusing laxatives or diuretics, or inducing vomiting after eating.

Bulimia involves routinely consuming large amounts of food (binge eating), followed by purging, self starvation, or excessive exercise. An individual with bulimia may have a normal weight for their height and age, therefore making it more difficult for family members, friends, or doctors to notice there is a problem. Bulimics are unhappy about their body and will fall into a cycle of pinging that purging that only reinforces feelings of shame and disgust.