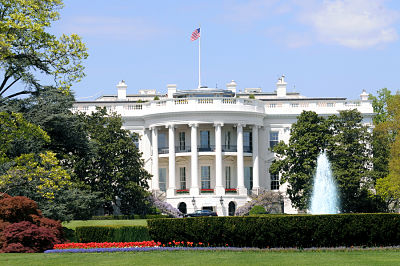 Since 1982, the Director of the ONDCP has been colloquially known as the “Drug Czar.” In March 2014, President Obama appointed Michael Botticelli as his drug czar. Most previous drug czars come have come from a law enforcement background, Michael represents a different approach, both because he comes from a public health background, and, for the first time the position has been filled by someone who himself has gone through recovery for an addiction.

A personal issue
Botticelli calls himself an example of the potential that lies in giving second chances to people whose addiction leads to arrest. He was born in Waterford, a small town in the state of New York. His family had a history of alcoholism, and he both drank alcohol and experimented with cocaine and marijuana regularly in his teens and 20s.

After he was arrested for driving under the influence in 1988, he entered treatment as an alternative to a jail sentence. He has been sober for 26 years; soon after his treatment began, he started working help others achieve sobriety as well. After years of coordinating alcoholism treatment, he directed substance abuse services for the Massachusetts Department of Health prior to this recent appointment. The Senate unanimously approved him for the position in February of 2015, after serving as Acting Director starting in March 2014, replacing Gil Kerlikowske after he was appointed Commissioner of Customs and Border Protection.

Traditionally, much of the Drug Czars work has centered on enforcement of strict laws to discourage illicit drug use, but Michael Botticelli, speaking to NPR, feels that addiction must be understood and treated first “as a public health issue.” He is a proponent of drug court programs that allow people to seek treatment instead of face jail time, much like the program from which he benefited from as a 30-year-old. He has expressed a desire to work with Justice, Labor, and Housing and Urban Development departments to help former addicts acquire tools in housing, employment, and education to ensure they get help in rebuilding their lives.

Speaking the New York Times, he said that many people refuse needed treatment because of social stigma of drug use, and that stigma must be decreased by people learning there is no shame in admitting a need for help breaking an addiction. He will continue ONDCP’s traditional priorities such as combating drug smuggling.

He also pushes for steps towards harm reduction, such as giving police officers easier access to naloxone, an injection that can resuscitate people from opiate overdoses. He has forcefully argued that locking people up for minor drug offenses is less effective than giving people access to treatment. He also wants to encourage health care providers to early detection of abuse as part of regular medical check-ups, as well as be more cautious in prescribing addictive painkillers.

Michael continues to attend meetings to support his continuing sobriety, where he also meets fellow addicts and allows their stories to drive his own work. In his position, he meets with a wide variety of people, but he saves his biggest amount of enthusiasm for meeting with what he calls “my peeps,” people who have similar stories of addiction. This personal connection drives him to do whatever he can to set everyone free of their addictions, working with all areas of the government to implement researched-based policies that can truly reduce addiction and save lives.