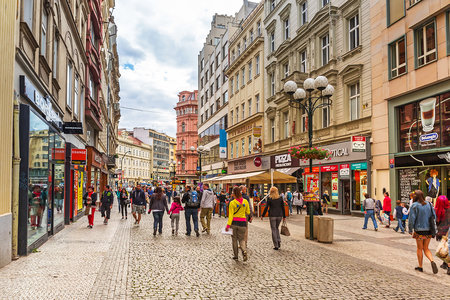 For last decade, meth addiction has been taking a toll in the Czech Republic and in Eastern Europe in general. Both the production and use of meth, or Pervitin as it is known in the region, has skyrocketed in recent years especially among teenagers and young adults. There are even significant numbers of children using the drug in the region, which makes offering effective treatment to them a unique and especially tough challenge.

Home meth labs have a lot to do with the widespread availability and use of the drug. These labs have been cropping up all over the country in rapid numbers. In 2000, police discovered and raided 19 of these facilities, and in 2006 the number of labs discovered by authorities had climbed to 416. The conditions of meth labs are often dangerous in their own right, with a volatile soup of chemicals being cooked at all hours to produce the drug.

There are a few theories on why meth production has jumped so dramatically in the last decade or so. During the isolation of rule under the Communist regime, drug enthusiasts in the Czech Republic had to come up with their own methods to produce drugs and get high. Having a surplus of chemicals from production facilities left over from the Second World War also helped.

With many of the chemicals they needed readily available, these drug users were able to set up meth labs and produce large quantities of the drug. Before the Iron Curtain fell, these drug production rings were small and close knit, and they made the drug mostly for their own consumption. Meth and other drugs were widely used in the country throughout the 1970’s and through most of the 1980’s.

With the end of Communism in 1989, the drug rings realized they could make a profit from their meth operations by expanding their reach. Before long, meth use began expanding beyond the borders of the Czech republic and into Europe. It’s not clear whether the rise in the drug’s popularity was caused by the migration of Czech citizens looking for work in other parts of Europe after the fall of Communism, or simply that meth was a cheaper alternative to widely used drugs like cocaine.

Whatever the cause may be, the amount of methamphetamines seized in Europe in the last decade has more than doubled. This rapid growth in production and use is being interpreted as a warning of a possible epidemic. Some are even going as far as comparing the meth problem in the Czech Republic and other parts of Europe to the epidemic in the United States.

Getting treatment for meth addiction in the Czech Republic is another big challenge. For the any teenagers and young adults who are struggling with addiction, simply finding a treatment center is difficult. Currently, there is only one hospital in Prague that offers detox treatment.

That same hospital also only has 14 beds available for in patient treatment. Funding for the treatment facility comes from other departments in the hospital, resulting in a large amount of debt amassed over the last few years. Many patients end up relapsing after completing their first treatment and need to return for second or even third stays.

With such limited space and funding, and with minimal insurance coverage for drug treatment, many addicts become discouraged and fall back into old patterns once they return home. Treating children with meth addiction is especially tough, as many of the young addicts who seek treatment come from homes where parents and siblings also take drugs.