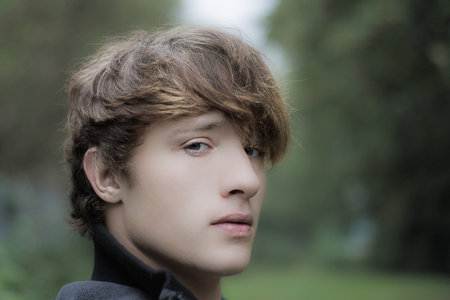 Although there are many conflicting beliefs about marijuana and how harmful or addictive it can be to users, a new study suggests that cannabis can actually have very negative effects on a young person’s mental health. Marijuana has become more prevalent in our culture as many states have legalized the drug for medicinal purposes and it has become more of a mainstream idea that the drug can be beneficial for some people. While there may be some cases where marijuana use can be of more help than harm, this recent study points to some of the effects that the drug has on the brain and how this may be a danger especially to still developing teens.

Increasing Symptoms Annually
The study was published in the American Journal of Psychiatry and it looked at 1,009 American boys between the ages of 13 and 18 who had varying levels of self-reported marijuana usage. Researchers monitored the subjects over the course of 5 years to evaluate the cumulative effects that the drug had on each teen.

The results of the study suggested that there were in fact serious ramifications on the mental health of the subjects after regularly using marijuana for 5 years. According to the research, for every year that a teen smoked marijuana their symptoms of psychosis rose 21 percent, with symptoms of paranoia rising by 133 percent and hallucinations by 92 percent.

These increasing symptoms continued to last and intensify even after one year of abstaining from smoking pot. The boys in the study were given regular psychoanalysis tests to evaluate their mental health to make sure that an illness was not causing them use more marijuana but that the drug was actually creating these symptoms.

Problems with Development
Out of the boys that participated in the study, about a quarter of them continued to use pot regularly after 5 years, and a third of them drank alcohol weekly or smoked cigarettes daily. The study did not include girls or any adults so it is clear that more research is necessary to gather enough evidence to make a broader conclusion about how marijuana affects the mental health.

However, the authors of the study urged that preventative policies are necessary to ensure that young adolescents with still developing brains are not exposed to marijuana or are able to use it regularly. As our culture moves increasingly toward legalization it is important for young people to avoid using drugs that could affect their development and cause them to experience symptoms of a mental illness.

Previous studies have found that marijuana use has caused delayed development for young people and can lead to the formation of poor learning habits. Although many of these studies point to the possibility that teens can experience serious repercussions from marijuana use, there may be more evidence needed to make a definite conclusion.

Many states in the U.S. have already battled the issue of legalizing pot and have begun to allow medical marijuana to be available to people with certain issues like nausea, insomnia or pain. Cannabis has been deemed acceptable for certain health conditions in several states but it is important to make sure that teens are not able to access the drug as easily as adults.

In Canada, the government is debating the idea of introducing a minimum age of 25 for the purchase of marijuana after the legalization process begins next year. In some U.S. states however, minors can access medical marijuana as long as they have parental consent. Before allowing their teens to use marijuana, parents should consider the impact that drug use might have on their children’s brains and mental health.