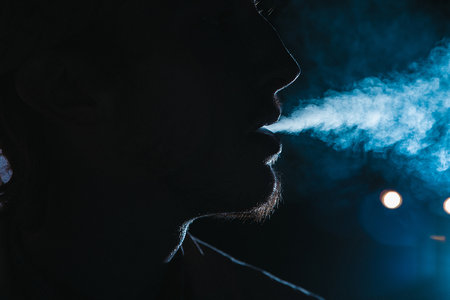 A new study is saying that male marijuana users are four times more likely to experience symptoms of psychosis than women. Psychosis is defined as a mental problem that creates a loss of contact with reality, hallucinations, delusional thinking and behavior, and difficulty with performing routine tasks. The “positive”, or enhanced qualities, of psychosis include the hallucinations, delusions, and suspicious feelings experienced by users of the drug. The “negative”, or diminishing qualities, of psychosis including difficulty speaking and expressing emotions.

The study was done at the University of York by utilizing past studies done on the subject and records from the National Health Service in the U.K. The researchers discovered several interesting things from the data: that males marijuana users outnumber female users by a ratio of 2 to one, and the ratio is even greater for patients admitted to hospitals for psychosis symptoms caused by marijuana use.

In that area, men outmumbered women by a ratio of 4 to one. This latest study expanded on previous findings that support the idea of female estrogen having the capability to block the effects of marijuana.

But other findings in this field suggest that female estrogen actually enhances the effects of marijuana, so there is still not enough evidence to say that this latest study done at the University of York is entirely correct. Social factors influencing the accuracy of the hospital admission records from the National Health Service may be undermining the accuracy of the study as well.

Because women are less likely to seek medical care in hospitals for symptoms of psychosis, there could be higher numbers of women experiencing the symptoms than it appears on paper. This is true not only for marijuana related psychosis, but for drug related health problems in general.

Does regular marijuana use affect men in other ways?

Several studies have been done in the past to investigate the different ways that men and women react to marijuana use. One study looked specifically at how hormones interact with cannabis. This study came to the conclusion that marijuana had a significant impact on male fertility by reducing the amount of testosterone being produced and disrupting the male reproductive system as a whole.

This study created much concern among the public when the results were released in 2003. Because marijuana is the most widely used drug among the general public, many were concerned that it would have long term effects on the health of its users. However, more research needs to be done to determine if regular cannabis use does indeed have irreversible effects on the male reproductive abilities.

How does regular marijuana use affect women?

Several recent studies are building evidence supporting the theory that women are indeed more sensitive to marijuana than men. Not only do women tend to become more dependent on marijuana than men, they also build up a tolerance to the drug more quickly.

The withdrawal symptoms experienced by women who quit smoking are also much more severe, with mood swings, irritability, sleep disruption, and reduced appetite being the norm. Hormone cycles have a lot to do with the way women react to marijuana, but researchers are still not clear as to why.