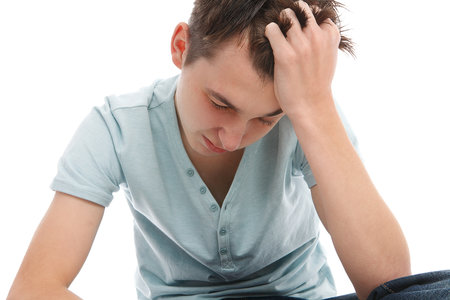 It can sometimes be tricky to recognize the symptoms of low self esteem in yourself. Some of the most common signs include:

People who suffer from eating disorders like bulimia and anorexia will commonly exhibit many of the signs of low self esteem. These individuals often believe they are overweight even when they are at a normal weight or even dangerously underweight. Their low self esteem plays a big part in reinforcing their negative thought patterns and continuing the destructive cycle of an eating disorder. Individuals who suffer from body dysmorphic disorder also often have issues with low self esteem. This condition involves a preoccupation with a real or imagined flaw in the person’s appearance. The individual becomes obsessed with the flaw and believes that it is the source of negative attention from others. Low self esteem plays a big role in fueling the individual’s obsession and reinforcing their behavior.

So how can someone with low self esteem begin to cope with the symptoms? It’s a difficult process, especially if an eating disorder is also present, but it can be conquered. It’s extremely important to address low self esteem when an eating disorder is also present because in addition to making life difficult and unhappy, a person’s health or life can also be at risk.

Treatment is absolutely necessary. A therapist or counselor who specializes in eating disorders will help the individual get started. Medication, inpatient treatment, or other therapies may also be needed. A therapist will help get to the root of a person’s low self esteem, and then determine how it can be rebuilt. This type of treatment can take months or even years depending on the severity of the case, but it can be accomplished. An eating disorder cannot be treated effectively without the patient’s self esteem issues being fully addressed first.

For others with low self esteem, there are many self help methods that are helpful. Focusing on accomplishments, setting small goals, and getting involved in activities that are fulfilling are some ways to get started. Others report that making a practice of repeating positive affirmations has made a huge impact. Of course, just seeing a therapist or counselor about your low self esteem will always help. The first step is just building your awareness of the issue and admitting that something needs to be done to change it.