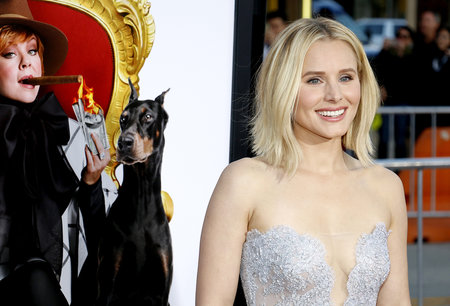 Kristen Bell is an actress who has achieved a great deal of success and critical acclaim for her roles in television and film, including leading roles in projects as diverse as Veronica Mars, Forgetting Sarah Marshal, Gossip Girl, and Frozen. She first moved to Los Angeles in 2002, after some success as a stage actor for Broadway musicals, and at first had a hard time getting noticed or chosen for any roles. However, her hard work paid off, and she is now getting a great deal of work, fame, and admiration; a success that many people dream of. An outsider observer might consider her life “perfect.” However, in a recent interview with Off Camera, the 35 year old revealed that she has been struggling with depression and anxiety throughout much of her life.

Being Truthful:
In the video published to youtube on April 6, 2016, Bell was speaking with Sam Jones. He asked her about the persona she often reflected as someone “who never did anything wrong…just had a sort of Mayberry-esque upbring,” and probed, “What are we missing if we buy into that?”

She shared very openly about how “I have struggled with anxiety and depression,” almost all of her life. Many people in her family history had experienced a serotonin imbalance, with the condition being passed down from female to female. Fortunately, her mom had received training and knowledge as a nurse to know helpful ways to respond and care for herself, and passed a lot of that information down to Kristen. “I’ve always had a very open and honest dialogue about that with her…which I’m so grateful for.” She talked about how learning to cope has been a lot of work. “I check in with myself, and know when I need to exercise.” She has been taking medication for much of her life and was clear that “I have no shame in that.”

Insecurities:
Her reflections and responses in the interview reflected a great deal of self-awareness and honesty. “I am extremely co-dependent. I shatter a little bit when I think that people don’t like me.” She shared about how she works hard to be bubbly, kind, and outwardly joyful, but that it’s often a mask that covers up deep insecurities. The slightest criticism or perceived rejection can cut her very deeply. “I fight it all the time,” but it is a feeling a lot of people can relate to. A person who feels badly about themselves can often experience fears that anyone who likes them doesn’t know the “truth,” and is thus constantly afraid of any perceived negative feedback that confirms their low self-esteem.

For Bell, this meant not allowing her true self to be really seen. She would change her personality and interest to match the other person. It was so hidden that “I didn’t even realize that until I was in my 30s,” but became an intrenched habit of suppressing her own thoughts and voice out of fear of someone else’s response.

Getting Help:
Through the words of her supportive mother, she spoke clear words of encouragement that “If you start to feel [depressed or hard feelings] talk to you doctor, talk to a psychologist, and see how you want to help yourself… Understand that the world wants to shame you for that, but in the medical community, you would never deny a diabetic his insulin, ever…It’s an unfair double standard.” She spoke clearly and bravely about how there is no need to feel shame for getting help from antidepressants or other medication for mental illness.

If you are facing debilitating feelings of darkness or fear, or feel overpowered in such a way that it sometimes feels hard to cope, Kristen Bell’s example should be an encouragement. You are not alone, and there are many resources available to help and support you. Do not hesitate to reach out for support. It truly is nothing to be ashamed about.