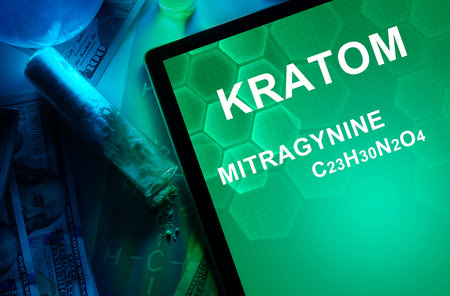 A Southeast Asian leaf called Kratom has gained a reputation as a natural painkiller that can either help ease symptoms of withdrawal or provide a safe high that is legal in most states. However, more people are beginning to discover that the substance is not quite so benign and can actually lead to relapse in many cases. Addicts in recovery sometimes turn to substitutes like Kratom, hoping it will help them through intense cravings especially in cases of heroin withdrawal.

Although Kratom might seem like a natural, safe alternative it can actually be highly addictive and can often awaken a desire for heroin. The drug is still legal in many areas but substance abuse experts are concerned about its availability and how it might affect people in recovery.

The Origin and Popularity of Kratom
Kratom is a plant with natural painkilling properties and is most often broken up to be brewed as a beverage. Originally a remedy from Thailand, it is now sold in some nonalcoholic bars in the U.S. and can be purchased online.

The popularity of Kratom grew in Thailand because of the country’s growing dependence on methamphetamines as the drug provided relief from pain and improved mood for people with addictions. Now with the increasing heroin epidemic in the U.S. some addicts are attempting to use Kratom to wean off of their drug use. Researchers in the U.S. have actually been studying the plant’s properties to determine if it can indeed be used as an alternative to methadone for heroin addicts.

Unfortunately many people have come forward with stories of developing an addiction to Kratom even when using it as a solution for their recovery. People drinking the brewed beverage become addicted to its narcotic properties, develop a tolerance and start drinking more and more until they crave something stronger eventually going back to heroin.

Availability and Legal Status
Addiction experts are concerned about how easily one can obtain Kratom and the lack of information regarding its properties and effects. Government officials are also concerned about it being marketed as a way out of addiction when it is itself an addictive substance. The biggest issue with Kratom is that it can lead people back to heroin which is cheaper and stronger.

Aside from the brewed beverage version of Kratom, people can also find a powdered form marketed as an herbal supplement that is sold in head shops, gas station convenience stores and over the internet. Researchers understand that there is much more that needs to be learned about the drug and all of its potential effects. What seems to be clearer now though is the fact that people can be at risk for addiction whether they use the drug recreationally or as a way to self-treat opioid dependence.

The concern about its addictiveness is especially high in South Florida where Kratom beverages have become widely available at bars. Other states have opened Kratom bars as well including Colorado, New York and North Carolina where customers can drink different brewed varieties varying in strength from plastic bottles.

Currently, Kratom is categorized as a botanical dietary supplement which means the FDA cannot restrict its sale unless it is proven unsafe or producers claim that it can treat a medical condition. The Drug Enforcement Administration has listed Kratom as a “drug of concern” but since it does not yet have proven health risks it is not considered a controlled substance.

Some states have banned the drug for fear of its abuse potential and its use is forbidden among soldiers in the Army. While more information needs to be discovered about the true dangers of Kratom as a recreational drug, it has already proven to be a serious risk for people recovering from an addiction.