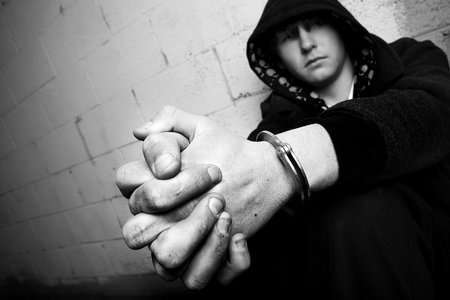 Young people who get involved in risky or criminal activities may be dealing with more complex problems than simply getting into trouble. Recent studies have shown that a disproportionately higher amount of youth hospitalizations for mental health issues took place for young people who were incarcerated than those who weren’t.

Many of the juvenile delinquents in the U.S. are dealing with a mental illness and at times a co-occurring disorder with substance abuse that leads them to be hospitalized. It seems that juvenile delinquency and mental illness have a strong link that could explain why some of these kids have a hard time staying out of trouble. The circumstances of the crime, particularly in the case of young people can be related to psychological problems as well as issues of addiction.

Hospitalization for Mental Illness
A recent study analyzed more than two million hospitalizations of California children aged 11 to 18 over a 15 year period from 1997 to 2011. Researchers in the study discovered that when juvenile inmates were admitted to the hospital it was because of a mental health diagnosis 63 percent of the time.

This rate of mental illness diagnosis and hospitalization for inmates is three times higher than the rate for the non-detained which was only 19 percent. In this and many other studies, it was apparent that the problem is much worse for girls, 74 percent of whom were diagnosed with a mental illness at the time of their hospitalization. Those involved in the study were aware that juvenile delinquents tend to have a higher burden of mental illness but they were surprised and shocked by the magnitude of the problem.

Causes of Mental Illness and Criminal Behavior
Many of the young people involved in the study were suffering from depression, substance abuse, and other behavioral disorders. Those who were incarcerated and those who were not showed little difference in their symptoms indicating that these disorders likely began long before they ever got involved in criminal activities.

The young people in the juvenile system are simply normal kids who have had terrible childhoods and have been exposed to traumas that likely triggered the onset of mental illness. The children and teens in the study suffering from mental illness were more likely to be African American and their hospitalizations were usually longer, especially for those who got transferred to substance abuse facilities.

The average hospital stay for a young person from the juvenile system was 71 days compared to 28 days for the non-incarcerated. Not surprisingly the same issue tends to occur among adults in prison as well with 73 percent of women and 55 percent of men having mental health problems while incarcerated.

The authors of the study hope that their findings draws attention to the fact that arresting and incarcerating young people may not be the best solution for their behavior especially when they have mental health problems. Spending time in prison may only serve to worsen their mental health issues and lead to more problems for them in the future.

The pattern seems to be that our juvenile system arresting kids with mental health problems that are probably related to their traumatic experiences as children. A better alternative would be to try to get the young people into treatment as early as possible to prevent them from getting caught up in the justice system.

Children who are suffering from depression, substance abuse, and other behavioral problems are more likely to get involved in criminal activities and the same is true for adults in prison who are dealing with mental illnesses. Disorders must be treated early on to prevent the kind of consequences that can reach into adulthood.