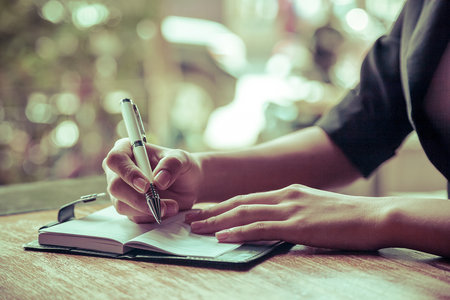 Joyce Maynard is a prolific writer writer and journalist, with fifteen published novels and hundreds of articles and essays. She writes in a highly personal style noted for its candor and openness, and often brings her own experiences into her works of fiction. Her latest book, Under the Influence, published in February 2016, deals honestly with the problems of alcohol abuse. It’s main character, Helen, looks toward “Mister Wine Bottle” as one of her only friends, even after her drinking proved to be deeply destructive.

The novel was paralleled with a series of articles Maynard wrote for The Huffington Post, detailing her own struggles with drinking and decision to be sober. These intertwined yet independent stories, one autobiographical, and the other fiction, both point to the hold alcohol can have over an addict’s life, as well as the steps we can take to experience freedom from addiction.

The Created Story:
Under the Influence’s protagonist, Helen once had a promising career as a photographer, but her life seems to be spiralling out of control. She grew up with very emotionally distant parents, and a loneliness compounded when her husband divorces her for another woman. In a story that will resonate with many people’s real-life experiences, she starts drinking wine at night to cope with her loneliness and sadness, and that habit develops into a destructive addiction. After a DUI conviction causes her to lose custody of her son Ollie.

She is dazzled by a friendship with Ava and Swit Havilland, wealthy philanthropists who at first show her a exciting life and seem supportive as they take her under their wing and offer a human connection she couldn’t find otherwise. However, over time, their relationship devolves into something more manipulative and harmful. The literature review website Everyday I Write the Book praised Maynard’s ability to create, in Hellen, such a “deeply flawed but utterly compelling and sympathetic [character].” It further pointed out that the novel evolves from a tragic, pathos-filled beginning to “a suspenseful thriller that had me turning the pages very quickly.”

The True Story:
In a blog post for Tall Poppy Writers, Joyce Maynard talks about what it was like to write Under the Influence. She reflects, “the line between What Really Happened and What I Wrote is a long and winding one, filled with unexpected side trips.” The novel is not straightforward autobiography, but Joyce speaks openly about the ways the character of Helen does mirror her own life story in some ways.

In her Huffington Post article, Joyce wrote about the ways she “used wine as a way of dealing with stress and sorrow in her life,” in a way that became increasingly habitual. She justified it by saying she never got drunk, but was simply taking the edge off a stressful life. However, it was a habit that did take over her life, in a pattern that many people with alcohol addiction can relate to.

Helen was arrested for a DUI that caused her to lose custody of her child. By contrast, Joyce was only pulled over and arrested, until a breathalyzer test determined she was under the legal limit, and continued to be a supportive single parent to her three children. In many ways, she had reason to tell herself that her relationship to alcohol was under control, but, upon deeper self-reflection, she realized, “I had an unhealthy relationship with drinking. And because I am also the daughter of an alcoholic, I knew what addiction looks like.”

A Way Forward:
In many ways, writing this novel about a person whose profound loneliness causes her to turn to alcohol abuse, harmful relationships, and other destructive life choices was what it took for Joyce Maynard to decide to make a change. After writing the novel, she decided to quit drinking, and has been sober since. So far, she is not making any long-term decisions to pursue full recovery, saying she may decide to drink again at some later time. Right now, though, her focus is on the present moment, deciding an alcohol-free life is the best choice for her, a decision she’s making one day at a time.