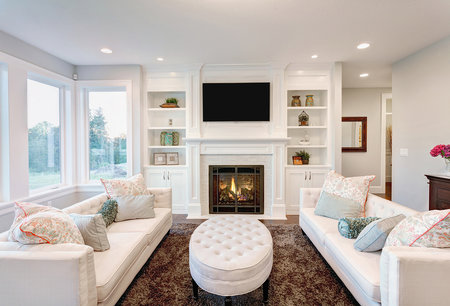 Jason Wahler is an actor well known for his roles in the MTV reality shows Laguna Beach: The Real Orange County and The Hills. Yet, fame and success did not protect him from struggles with addiction. Like many successful and prominent people, Jason has grown used to living a life in the spotlight, with his every move publicized and scrutinized, and his TV roles sometimes helps him acquire the reputation of a “bad boy.” However, he has recently turned his life around, with five years in recovery repairing his own life. Now, Jason is now working to support other people through their own recoveries.

Speaking with Fox News reporter Blanche Johnson, Jason reflected on how living a life of fame and wealth at first seemed like a dream come true, but he later realized that, “in reality everything was so miserable, and I couldn’t figure out why because I had everything everyone was trying to get.” He was arrested six times for public drunkenness, fighting, and drunk driving, and this was just one indication of a life spinning out of control. His use of alcohol and cocaine may have started out as a way to have fun, but it quickly turned into “a way of survival,” something he could not live without. The cycle of substance abuse to mask the pain of “not being comfortable in my own skin” continued until he was confronted by his father.

When his dad boldly told him that “we’re waiting for the phone call to say you’re dead,” Jason took it as a wake-up call, and started the life-saving journey of turning his life around. Part of his time was shown on the reality show Celebrity Rehab, but he also did more rigorous work, privately meeting with a sponsor and support groups. When asked where he sees himself in 10 years, he simply says “I try to live in the moment,” showing a wise perspective of taking things one-day at a time, focusing on living a healthy, thriving, and sober life with every moment.

Many former addicts have found that one of the most important ways to work towards recovery is working to help others. For Jason, this has meant working at and supporting Origins Behavioral Health as a Treatment and Recovery Advocate. In September, 2015, he went one step further and opened, Widespread Recovery, a sober living home in his hometown of Laguna Beach, California. The Widespread center has a sober-living residence for 10 males, and provides a wide variety of resources to support quality of life and long-term sobriety for people ready to turn their lives around, who have been sober for at least 30 days.

Speaking to McCarton Anderson writing for the The Fix, Jason pointed out that “it’s not hard to get sober. The hard part is staying sober.” His new sober-living facility is designed for those committed to early recovery, walking with them as they put in the work of getting their lives back. Residents, most of whom are between 25 and 35, are expected to keep their place clean, obey curfews, have a sponsor, and be working a full-time job or in service work. This rigorous accountability breaks habits of instant gratification, teaching people how to be disciplined, and in Wahler’s words “give people the tools so they’ll be able to succeed and prosper.”

Jason himself provides an enthusiastic and hopeful story of how it is possible for any addict to enter into recovery and change their lives. His inspiring work both telling his story truthfully, and working to help others can serve as a positive example of redemption and recovery.