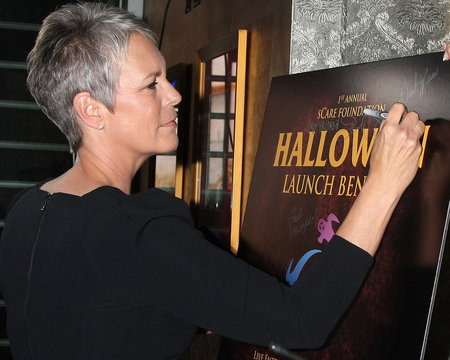 After Prince’s death revealed his secret addiction to opioids, it opened a discussion on the impact that these kinds of drugs are having on the nation. Actress Jamie Lee Curtis published a moving Huffington Post essay that describes her own experience with being addicted to prescription painkillers.

Curtis illustrates how she and many other people have dealt with the same feelings that Prince probably encountered. She describes anxiously awaiting her prescription to be filled, taking too many at once and using the drugs to kill the emotional and physical pain that she couldn’t handle on her own.

Curtis has been in recovery for 17 years but she can still remember vividly how opioids took hold of her life and became a secret addiction and obsession. Spoke about how so many people from different walks of life have dealt with the same problem the she, Prince, and millions of Americans have experienced.

The Cycle of Prescription Addiction
Jamie Lee Curtis said that the government and the FDA are just now starting to address the issue of opioid addiction that has been a rampant epidemic for years. Curtis saw similarities between her path toward addiction and Prince’s issues that were not able to be resolved in time to save his life.

Curtis and Prince, like most people, became addicted to a prescription provided following a medical procedure. Prince struggled with hip pain and Curtis started taking medication after a cosmetic surgery for her eyes when she was 35 years old. She became addicted to the feeling the drugs gave her and she says that once the craving for painkillers sets in it is often too late to change the habit. The actress used prescription drugs as a way to get high and stave off her feelings of loneliness. She hid her addiction from everyone in her life including her husband, actor Christopher Guest.

Recovery and Service for Curtis
The actress has said that her addiction began after she sought plastic surgery to fight off the natural aging that is scorned in Hollywood. She began to abuse the medication she was given after her surgery because she felt unattractive to audience and to her husband. She continued having more cosmetic surgery procedures to appear younger which further fueled her addiction to prescription drugs.

At one point her addiction became so severe that she stole some her sister’s medication after she was recovering from a broken bone. Ashamed of her actions, Curtis wrote a letter to her sister confessing what she had done and how desperately addicted to painkillers she had become but she was never able to give her the letter.

She eventually became worried about the toll her addiction was taking on her daughter, Anne who was only 12 at the time. Curtis was able to recover from her addiction and she has been sober since 1999. She works as a volunteer counsellor on anti-drug campaigns and talks to recovering addicts providing them with advice based on her own experience.

Because of her work in addiction recovery and her own issues with painkillers, Curtis was shocked and saddened by Prince’s death and the possible involvement of an overdose. In her Huffington Post essay, the actress urges readers to work hard and look closely at the people around them in order to do everything they can not to enable those who are addicted. Her hope is that we can prevent tragedies like the loss of a great artist like Prince and more artists who are struggling with the same addiction. She asks that everyone do what they can to get help for the people in their lives that have this illness.