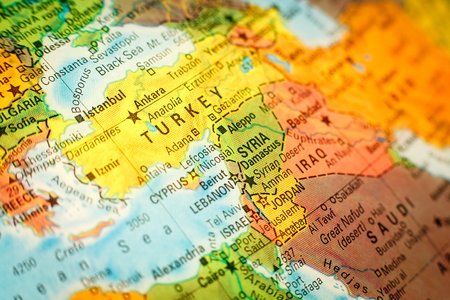 Over the course of 2014 and 2015, multiple conflicts in Middle East have been worsened and intensified due to the involvement of ISIS (the self-proclaimed Islamic State of Iraq and Syria, also known as Daesh by its detractors), a radical fundamentalist and jihadist movement noted for extreme levels of brutality and violence. Growing out the chaos of the civil wars in Iraq and Syria, the movement has been responsible for untold levels of death and destruction. ISIS is only the most recent development in a region beset by conflict, with multiple, complex causes. However, one factor that may be supporting the terrorist organization is the widespread abuse of captagon, a cheap stimulant mostly used in the Middle East exclusively.

Captagon in the region:

The drug Captagon was developed in the 1960s as treatment for hyperactivity, narcolepsy and depression. However, it’s medical uses have fallen out of favor as other medications were developed that were less subject to abuse and addiction, and it was banned in most countries in the 1980s. However, it’s illegal use continues to be popular in the Arab world.

A symptom of hopelessness:

The stimulant is not just being used by people active in the conflict, but also is thought to be widespread among Syria’s civilian population. After years of brutal conflict resulting from controversial power of Bashar al-Assad, the region has deteriorated into many years of fighting that has demoralized the population and crippled the nation’s economy or ability of anyone to lead a normal life. As is often the case, drug abuse becomes more prevalent in situations of prevailing hopelessness or helplessness. In a situation where people see few options, drug use can become easily available way of coping through self-medication.

Speaking anonymously, a resident of Homs told Reuters that the use of both captagon and hashish has skyrocketed over the past few years, likely due to the psychological and economic pressures of being in a war zone.

Speaking to The Guardian, Dr. Ramzi Haddad,a psychiatrist in Lebanon said that when used, “you’re talkative, you don’t sleep, you don’t eat, you’re energetic,” and experience “a kind of euphoria.” This makes it similar to other drugs in the class of stimulants, including cocaine and amphetamines. These warriors who risk their lives and use all their energy fighting grueling battles exploit these characteristics to raise their energy levels and decrease their fear-driven inhibitions, so that they can continue to fight and not feel exhausted. Orthodox Islam itself takes a very strong position against drug abuse, but these jihadi fighters overlook those teachings with an “ends justify the means” thinking.

According to a Router’s report, state controlled media in Syria suggests that Captagon is frequently found alongside weapons when they capture rebel fighters, but opposition leader Ammar suggests that government supporters are among the heaviest users of the drug, and are also profiting from selling it.

Captagon is made from a wide variety of substances, some of which are legal and easy to get. One pill generally sells for between $5 and $20, making it a very profitable drug to sell. Furthermore, Syria has an extended history in the global drug market, receiving unlawful substances from Europe and Turkey and transferring them to the Gulf states. This drug trade has intensified as Syria’s government has mostly collapsed and the country has fallen to a variety of armed rebel groups. These factors mean that revenue from the sale of captagon likely reach into the millions of dollars.

For example, the government of Saudi Arabia reports that it seizes 55 million tablets every year, and estimates this is only 10% of the total in the country. Observers in the conflict, like Col Ghassan Chamseddine, head of Lebanon’s drug enforcement unit, strongly believe that this significant amount of wealth is being used, by both ISIS and other rebel groups to fund weapons and keep the conflict going.