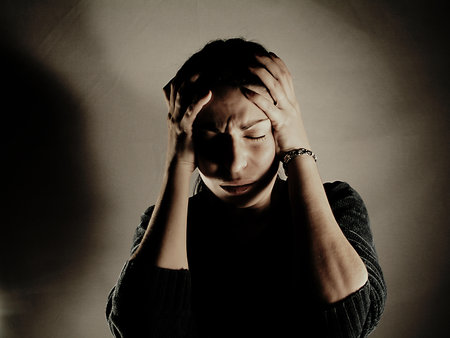 A recent study by the National Institute on Alcohol Abuse and Alcoholism showed that about one third of Americans are affected by the medical condition called alcohol use disorder, a category of illness which includes alcohol abuse and alcoholism. The study also highlighted the fact that in spite of a significant increase in the disorder over the last decade, only about 20 percent of sufferers seek help for their problem.

Alcohol use disorder or AUD is a condition defined as stress or harm from problem drinking and could be categorized as mild, moderate or severe. The new findings prove that alcohol problems are deeply entrenched and under-treated in the U.S. with the majority of people avoiding recovery although they experience negative consequences from their drinking habits.

Higher Rates of Drinking
The new study found that alcohol abuse is fairly common in our society with 14 percent of U.S. adults misusing alcohol and 30 percent meeting the standards for AUD. It also reported that an estimated 32.6 million Americans were found to have had drinking problems in a twelve month period.

The director of NIAAA hoped that the findings of the study would provide more motivation for scientists, clinicians, and policy makers to bring AUD treatment into mainstream medical practice. Researchers conducted interviews as a continuance of one of the largest studies ever conducted on alcohol and drug abuse’s effect on mental health.

The study reports that not only have instances of AUD increased across the nation but the intensity of drinking has also increased with more people having five to even ten drinks in one sitting. Only 19.8 percent of adults with lifetime AUD sought help or treatment and 7.7 percent of those with a twelve month alcohol use disorder sought treatment.

Alcohol Use Disorder and Health
The criteria for alcohol use disorder includes having strong cravings for alcohol, making unsuccessful attempts at cutting back on drinking and alcohol use causing problems at home, work or school. The term alcohol use disorder or AUD was included in the latest edition of the American Psychiatric Association’s Diagnostic and Statistical Manual of Mental Disorders as a category combining previously separate diagnoses of “alcohol abuse” and “alcohol dependence”.

The rates of the disorder were greater among men than women with 7 percent being between the ages of 18 and 29. Those involved in the study suggested that prevention and intervention efforts among young people could be beneficial as well as efforts to de-stigmatize alcohol disorders. Those with the greatest risk of developing an alcohol problem were whites and Native Americans.

People with AUD are also more likely to suffer from major depression, bipolar disorder, and personality disorders. The study also reported that alcohol contributes to more than 200 diseases including cancers, liver problems and increased exposure to accidental injuries. Alcohol use is actually the third-leading cause of preventable death in the country with nearly 88,000 Americans dying from alcohol related causes between 2006 and 2010.

With a large scale study interviewing more than 36,000 U.S. adults, the NIAAA was able to determine how much alcohol use is currently affecting the nation. With the increase in cases of alcohol use disorder and the low rates of treatment throughout the country, the study suggested that education and efforts toward prevention could help to change these numbers.

Researchers in the study also stated that more research will be necessary to figure why the rates of disordered drinking have continued to increase in the U.S. Understanding reasons for increased alcohol abuse and addiction can help to create more effective prevention and intervention programs in the future.