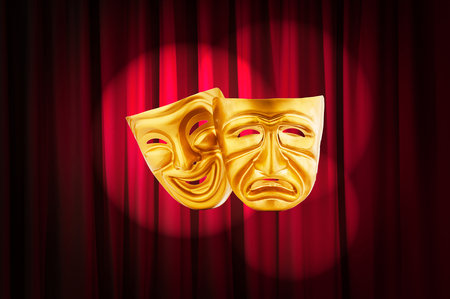 Almost 20 years after dying of a drug overdose, filmmakers Derik Murray and Brent Hodge have released a documentary dedicated to the life and talent of comedian Chris Farley. “I Am Chris Farley” may surprise viewers in that it focuses on the influence of the comedian and the friends, family, and fans who loved him, more than the unfortunate circumstances surrounding his death at age 33.

By mixing clips of performances with interviews from SNL costars like Mike Myers, David Spade, and Adam Sandler as well as Lorne Michaels himself, the documentary paints a vivid picture of a man whose energy captured the attention of audiences throughout the span of his short career. The film also spends a good amount of time focused on Farley’s childhood in Madison, Wisconsin which appears to have been happy and fun filled for the most part.

Farley’s family also appear in the documentary (siblings Kevin, Barbara, John, and Tom are interviewed) and they fully supported the making of the documentary. The filmmakers approached the Farley family with the idea to make a film that would celebrate the legacy of Chris’ career rather than focusing on the sordid details of his struggles with addiction and untimely death. The documentary does talk about Chris’ addiction because it was a big part of his life, but their main focus was examining his roots, both with family and his comedic style.

Viewers of the film are likely to be looking for answers as to why addiction took Farley’s life and may not be aware of how hard Farley fought to overcome addiction. The documentary does a good job of portraying that struggle and several friends and family members certainly witnessed that struggle firsthand. Farley had numerous stints in rehab – around 17 in a span of 5 years – and made many friends during those periods. His addictions to alcohol, drugs, and eating were the demons he wrestled with during his short life and that were often in conflict with his Catholic beliefs. But despite having fame and a loving, supportive family, these were the demons that ended up cutting his life short.

Farley idolized another SNL alumni, John Belushi, who ironically also died of a drug overdose at the age of 33. Both men struggled with their weight and were known for their brilliant use of physical comedy. Farley especially began using his body more and more as the focus of his comedy routines to the delight of audiences and the dismay of some of his peers. He was known for falling, slapping, and pulling his own hair during skits. This kind of physical comedy helped propel Farley into fame, but also began pigeonholing the comedian. Toward the end of his life, colleagues say Farley had begun to grown cynical about his image and popularity with mainstream audiences.

It would have been interesting to see where Farley would have taken his comedy had he lived longer, and the documentary does acknowledge that. Perhaps he would have taken on different types of roles, or taken on comedy that didn’t demand so much of him physically. No one really knows for certain. What we do know is that the world lost a truly unique comedic talent when Farley passed away in 1997.