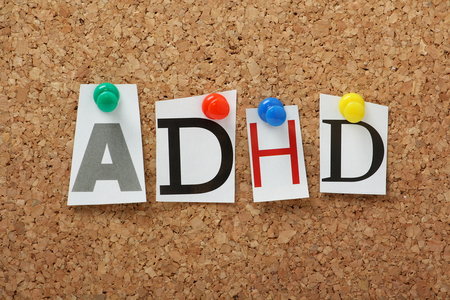 Adolescence is a period of time where children are slowly evolving into adults and they are faced with the emotional ups and downs of these years of transition. Changing hormones, social difficulties, and other pressures can make the teen years a rollercoaster ride. Teens can often deal with feelings of depression, loneliness, alienation, stress, and anxiety. While some teen behavior is simply a part of their reaction to the struggles of adolescence, in some cases teens may be developing a mental illness.

It is important for parents to know the difference between the normal emotions that go along with being a teenager and the signs and symptoms of a mental illness that may be evident in their child. A teen with possible mental illness symptoms needs to be connected with their parent so that they have somewhere to turn when things get overwhelming. Parents should familiarize themselves with mental illness signs and be involved in their child’s mental well-being.

Mood Swings and Behavioral Changes
Teens can start to show signs of developing a variety of mental illnesses including bipolar disorder, depression, anxiety, schizophrenia, ADD, and ADHD. Because they are so young, teenagers may not be able to identify their own symptoms and might try to escape them through drug or alcohol use or other ways of numbing their emotions.

In that sense, substance abuse can in certain cases be one of the signs of mental illness because teens don’t have many of the skills to handle their symptoms yet and may turn to substances as a solution. Common symptoms of mental illness in teens also include dramatic mood swings that differ from their usual emotional range.

This can be tricky to pinpoint as adolescence can lead to a number of different mood changes but for parents, being in touch with your child’s moods can help to identify the difference between normal ups and downs and unusually pronounced shifts in emotion. Strong behavioral changes can also be an indication of developing mental illness. If parents feel like their child is acting like a completely different person then it could be a sign of mental health problems.

Physical Changes and Consequences of a Disorder
When teens are suffering from a mental illness, they will sometimes experience the consequences of the disorder in their personal lives. They might struggle to concentrate in school, lose interest in their classes, and find that the grades are dropping. They could also lose friendships or have trouble making friends, dating, and interacting with their peers.

As a parent, if you notice your child’s grades are slipping or they are having trouble with social relationships then it could be a sign of mental illness. Physical symptoms are also important for parents to pay attention to as a teen could exhibit signs through changes in their appearance or health. Teens with a dramatic decrease in energy, changes in their eating or sleeping habits, stomachaches, headaches, and neglect of their personal appearance or hygiene could all indicate issues with mental health. Young people may turn to drugs or alcohol as well as other methods of escape from their symptoms. They could become involved in habits of self-harm or eating disorder behavior as a way to combat their illness.

Although parents may be busy trying to juggle work and taking care of their families, teens are not quite adults yet and they need guidance when they are dealing with problems. Parents should be conscious of the fact that teens can develop a mental illness during adolescence even if they have not exhibited any symptoms in the past. If you notice any of the signs of mental illness in your teen it is important to get them assessed and diagnosed by a professional psychologist.