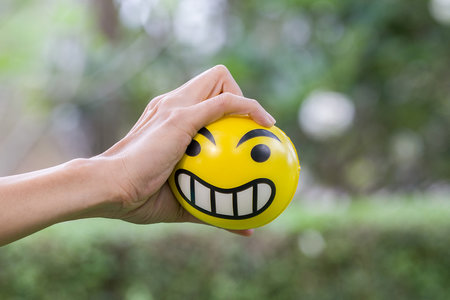 It may come as a surprise that eating disorder behaviors are quite common, especially among young women. A recent survey revealed that 20 percent of college aged women feel that thoughts about their weight and eating dominate their life. These kinds of overwhelming thoughts can create a lot of stress that only seems to reinforce the eating disorder behaviors. But when it comes to stress influencing disordered behavior, it also works the other way around.

Stress and eating disorders work together to create a cycle that is destructive and hard to break. Feelings of stress, anxiety, and other overwhelming emotions often trigger eating disorder behaviors. This is because the behaviors are used as coping methods for these difficult emotions. The behaviors are further reinforced when the negative thoughts, compulsive actions, and fearful thoughts that inevitably go along with eating disorder behavior become stronger. It’s true that people who develop eating disorders already have a tendency to experience high levels of stress. But the disorder itself can also create additional stress that makes the cycle incredibly difficult to break.

How stress can create an eating disorder.

When people are overwhelmed by feelings of anxiety, stress, or fear, they will naturally look for ways to cope, whether they are aware of it or not. For some people this means finding healthy ways to cope, such as talking to a friend, going for a walk, or immersing themself in a hobby they enjoy. Others may not have such healthy coping mechanisms. In those cases binge eating, restricting eating, or other disordered behaviors become the ways in which they cope.

A person with this type of coping mechanism will begin to convince themself that what they’re doing is helpful for their stress. They may feel more in control or comforted each time they engage in disordered behavior. This makes it quite difficult for someone with an eating disorder to realize how destructive and unhealthy their behavior has become.

Eating disorder behavior not only harms the body, it also creates psychological harm. Stress is a common byproduct of an eating disorder. When a person spends the majority of their time thinking about and obsessing over their weight, stress and anxiety levels rise quickly. Self esteem is also affected and will plummet to dangerously low levels. This kind of psychological turmoil has a profound effect on an already weakened body.

Why the young are more susceptible to eating disorders.

Eating disorder behavior seems to be quite common among teenagers and young adults. On college campuses especially, young men and women especially are saying that they regularly engage in some type of disordered behavior and are consumed with negative thoughts about their weight. It seems that high pressure environments, especially those found at college campuses, are contributing to eating disorder behaviors.

Academic and social pressures at school, combined with the stress of being away from home for the first time, have led many young students to cope with disordered behavior. Almost 30 percent of female students at one college campus engage in behavior that qualifies as an eating disorder, while nearly 40 percent of students at the same college say they have restricted their eating since beginning their time on campus.

Eating disorders are linked to other mental disorders.