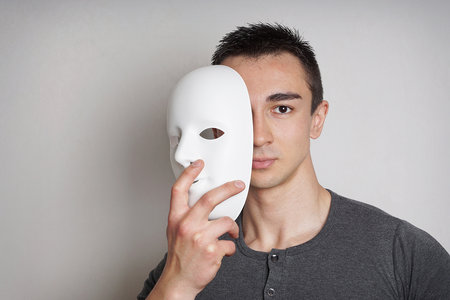 Living with bipolar disorder can be stressful and completely derail a normal routine. People with manic depressive disorder go through extreme ups and downs that make it hard to get through day to day tasks and maintain relationships or a stable job. Going through a rollercoaster of emotions throughout your life can cause people to seek some sort of relief if they haven’t received proper treatment for their disorder. It is not surprising that those suffering from bipolar disorder often turn to drugs like cannabis to help them try to regulate their dramatic shifts in mood, energy, and activity levels. Can marijuana use really help people with bipolar disorder or is it a slippery slope that could lead to more problems? New studies have actually proven that marijuana is linked to an increase in both manic and depressive symptoms in people with bipolar disorder.

Marijuana as Self-Medication
A new study conducted by Lancaster University examined the use of cannabis in the context of daily life among people with bipolar disorder. The research took place in the U.K. where around 2 percent of the population suffers from bipolar disorder with up to 60 percent of those using cannabis at some point in their lives. While no definite data was retrieved as far as the reason why this percentage was so high it is likely that these people with bipolar disorder are using cannabis as a form of self-medication for their symptoms. Psychologists involved in the study theorize that many of the people suffering from bipolar disorder believe they can control or at least relieve some of their extreme mood shifts by using marijuana.

For the study, researchers evaluated people that had been diagnosed with bipolar disorder but were not experiencing a manic or depressive episode during the six days in which the study was conducted. Each participant reported daily about their emotional state and drug use at several random points over the course of a week. The people with the disorder in the study were able to log their daily experiences at the moment to describe how they were feeling.

An Increase in Symptoms through Cannabis Use
Researchers found that the odds of using cannabis actually increased when the person was in a good mood and that marijuana was associated with manic symptoms and depressive symptoms in different individuals. Since many of the people in the study used marijuana in a good mood researchers determined that cannabis was not always a mode of self-medication within the context of daily life. However, cannabis use appeared to be associated with both positive and negative emotional states. Many of the comments that participants made about their marijuana use as well as their emotional state pointed to a definite correlation between an increase in symptoms and their drug use. Some participants said that their drug use made them feel depressed for days afterward. Others said that they choose not to use marijuana as it can make their symptoms worse and cause them to be more anxious and depressed.

The study found that while some people have positive associations with marijuana use and might use it occasionally to lift their mood, others experienced negative consequences for their drug use. More research needs to be done to determine how the relationships between cannabis and positive or negative emotional states play out in the longer term. It is clear that marijuana use can have an impact and influence the mood of a person with bipolar disorder. Cannabis could possibly even change the course of a person’s illness if they use it regularly over a long period of time.