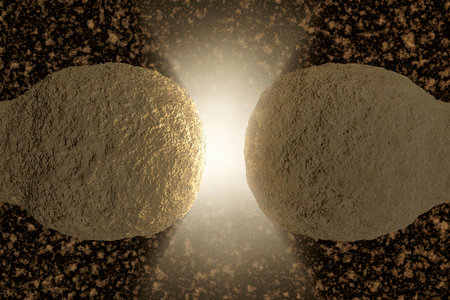 It has become much more common in the past decade or so for clinical depression to be treated with medication to improve chemical balance in the brain. Psychiatrists often prescribe treatment in the form of SSRIs or selective serotonin reuptake inhibitors. Although these types of prescription antidepressants are very common, there is some controversy regarding their efficacy in the treatment of depression. Some reviews of clinical trial data have suggested that SSRIs do not show significant clinical effects especially in cases of more moderate depression.

Although anti-depressants were praised as being highly successful when they first became prevalent in the 1990s, their success rates have been going down. Doctors have continued to prescribe these drugs for the past twenty years but the attitude toward this medication has changed in light of new evidence proving they are not as effective as once believed.

Studying the Effects of SSRIs
When SSRIs like Prozac were first introduced in the 1990s there was an enthusiastic uptake of prescribing the drugs as doctors claimed they were 80- 90 percent effective in treating depression and symptoms of OCD. More recently the NY Times pointed out that those initial numbers were inflated by drug companies who suppressed studies that were less successful. More accurate studies show much less evidence of effectiveness in the use of SSRI medication for treating depression or OCD.

A study in the Journal of the American Medical Association says that SSRIs such as Prozac and Paxil are only about 33 percent effective which is about the same percentage as treating depression with a placebo pill. Analysis of data from studies from 1987 to 1999 shows that 80 percent of the treatment response to six of the most common SSRIs was essentially the same as those who were given a placebo. While SSRIs were shown to have some clinically significant benefits over placebo in more severe clinical depression, they had little to no benefit for mild and moderate depression.

Depression and Serotonin Levels
In some cases, SSRIs can have positive effects mainly in patients with severe clinical depression who have combined their medication with a type of talking therapy such as cognitive-behavioral therapy. More severe forms of other types of mental illnesses have also shown to benefit from SSRIs in some cases, especially issues like anxiety disorder, panic disorder, and some types of phobias.

Treatment for these disorders however is often supplemented with other treatment modalities and types of psychotherapies. New findings have shown that some people who have a severe shortage of serotonin may benefit from the use of SSRIs. While this may be the case, the average person’s depression is not always related to a simple chemical imbalance. It is difficult to determine the cause of depression in most individuals and attributing all types of disorders related to depression to serotonin levels does not always prove to be the best solution.

In many studies, focusing on SSRIs alone to alter serotonin levels has little effect on a person’s symptoms. In these cases, it seems that there is more to depression than chemical problems and it is likely that psychotherapy is the most effective option.

Although people with severe cases of clinical depression or issues of low serotonin levels may find anti-depressants to be a helpful supplement to their treatment, one should never rely on medication alone to treat their mental disorder. Treatment is much more effective when methods like psychotherapy and cognitive behavioral therapy are used to combat symptoms of depression, OCD, or other related problems. A chemical imbalance may not always be the main cause of a person’s mood disorder as internal psychological issues come more into play and these must be addressed through professional counseling.