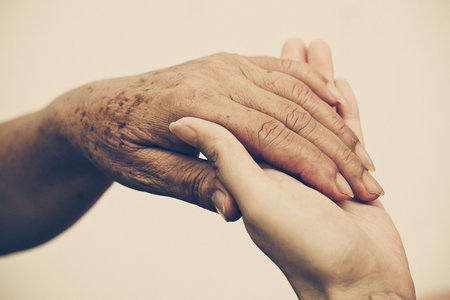 When we think of eating disorders like anorexia or bulimia, often it’s the image of a young woman that immediately comes to mind. We think of an eating disorder as an issue that affects teenagers and young adults. But the truth is that it can be a struggle for older adults and even the elderly. In fact, eating disorders are becoming increasingly common among women over the age of 50.

How common are eating disorders among the middle-aged and elderly?

There is not a lot of data on exactly how many older adults are currently struggling with eating disorders, but the information experts have so far painted a dismal picture of how the issue is affecting our elderly population. What we do know is that eating disorders are not limited to teens and young adults anymore. In 2003, ⅓ of the patients admitted to eating disorder treatment programs were over the age of 30 and the number has only continued to rise in the last decade. The levels of body image dissatisfaction among middle-aged adults have tripled in the last 40 years. Dieting and general dissatisfaction with weight among older adults continue to become more common in the 50 and over age group.

What are some of the possible reasons for eating disorders in older adults?

-Some adults struggled with eating disorders in their youth and never addressed their issues. Others may have overcome a disorder only to experience a relapse in their later years.
-Some adults may have obsessions with food and weight that have been present their whole lives.
-The challenges of getting older and the changes that happen to one’s body may trigger an eating disorder, especially when living in a youth-obsessed culture.
-Existing issues with anxiety, depression, or drug and alcohol abuse are contributing factors to an eating disorder.

Issues that affect both young and older adults with eating disorders.

-A strong fear of being fat.
-For women: being constantly exposed to media messages that emphasize thinness along with other unrealistic images of beauty.
-Low self-esteem and not having a clear sense of self.

Issues that are unique to older adults.

-Feeling ashamed for having a young person’s disorder
-Having more difficulty admitting they have a problem and need help.
-More complicated lives that make getting treatment more difficult.
-A greater general anxiety about their appearance due to aging.
-Dealing with other health issues that come with getting older.

Other triggers for adults with an eating disorder include: