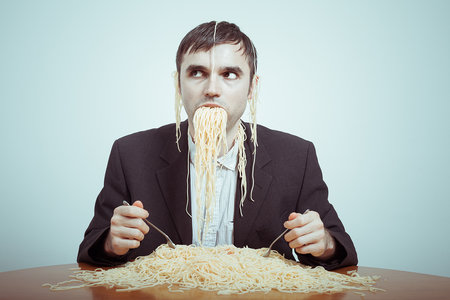 When people think of addiction, they might not consider food a part of a person’s addictive cycle. For people with binge eating disorders, however, they can be very much addicted to food and the way that it makes them feel. It is not surprising then that someone who has an addictive pattern with food might also develop a problem with alcohol or vice versa.

Substance abuse and binge eating can coincide in many individuals and they could be given a dual diagnosis because of their tendency to both binge drink and eat on a regular basis. Unfortunately alcohol can actually worse symptoms of binge eating and the two problems can create serious health problems when someone has this dual diagnosis. In order to improve their mental and physical health, it is important for the individual to receive treatment for each problem simultaneously.

Drinking Leads to Overeating
Binge drinking is actually linked to overeating, making it especially dangerous for people who already have issues with food addiction. In studies, people who had several drinks were shown to consume as much as 6,300 extra calories in the 24 hours following their alcohol consumption. Alcohol can make food seem even more rewarding making it taste and feel better than it normally would.

Drinking alcohol also causes people to avoid exercising because of their hangover the next day and they are more likely to simply stay in bed and watch TV. Nursing a hangover can also cause people to consume as much as 2,000 more calories than usual. The tendency that people have to overeat when they drink can lead to them gaining around 2 pounds a week. For someone with a binge-eating disorder this type of weight gain due to drinking may be magnified significantly.

Cycles that Influence Each Other
Alcohol temporarily impairs the frontal cortex making people more impulsive and less concerned with the consequences of their actions. This effect can cause a person with binge eating disorder to engage in dangerous levels of food consumption and their weight gain may become even more out of control. Alcohol itself is a sugary drink that can contain a significant amount of calories and drinking heavily can lead to extra pounds.

Drinking can cause a lot of physical and mental damage that serves to perpetuate the cycle of binging. Feeling bad or guilty about drinking too much can lead people to start another period of binge eating. The longer a person drinks the less likely they will be able to stop themselves from getting into a binge episode. The psychic pain of dealing with both disorders can make it harder for them to stop drinking as well if they are using alcohol to self-medicate. The two disorders influence each other in a way that augments both diseases into an endless cycle.

Someone with both an alcohol problem and issues of binge eating can experience serious health problems including obesity, heart problems and high blood pressure. If they want to prevent their health problems from becoming debilitating or even fatal they must receive treatment for both of their disorders. The strong influence that their alcohol consumption has on their eating habits will make it impossible to improve their health if they do not quit.

Abstaining from alcohol and getting treatment for their psychological need to both drink and eat excessively will change their mental and physical state. Dual diagnosis treatment will allow them to lose weight, lower their blood pressure and prevent their health problems from growing out of control. Controlling their binging habits can also reduce their anxiety and depression as they learn better techniques for handling their emotional state. Binge drinking and eating can be a deadly combination but with the right treatment anyone can recover from this co-occurring disorder.