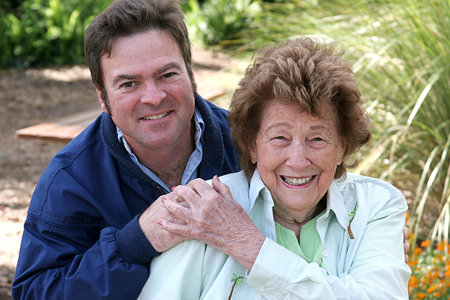 Growing up in an alcoholic or otherwise dysfunctional home will take its toll on an adult. In 1983, Dr. Jan Woititz published a book called Adult Children Of Alcoholics that would shed more light on the phenomenon, and make the term “adult child” more widely known. Her book goes into detail about the 13 characteristics of an adult child, as well as the other ways a child who grew up in an alcoholic home takes on the personality traits of their parent.

These characteristics occur not only in alcoholic homes, but also in home with other dysfunctional behaviors, such as gambling, mental illness, drug abuse, or other compulsive behaviors. Even children who grew up in foster care, highly religious households, or with chronic illness will relate to the characteristics outlined in Dr. Jan’s book.

Characteristics of an adult child of an alcoholic:

-isolation from others
-a fear of authority figures or people in general
-a strong need to seek approval from others
-feeling frightened by displays of anger
-frightened by personal criticism
-becoming an alcoholic, or getting into relationships with alcoholics or others with compulsive behaviors.
-tends to view life as a victim
-has an great sense of responsibility for others
-is concerned more for others than themselves
-feels guilt or shame when standing up for themselves, or has an inability to do so
-has an addiction to excitement or drama
-confuses feelings of love with pity
-tends to love people they think need to be rescued
-has difficulty talking about or acknowledging their feelings
-often feels numb, apathetic, or blank
-has a low sense of self esteem
-has unrealistically high standards for themselves, or judges themselves harshly
-is afraid of abandonment
-stays in unhealthy or unhappy relationships no matter what
-takes on the characteristics of an alcoholic without drinking
-are reactors in life rather than actors

Adult children often face the most difficulty when it comes to relationships. This is where all the dysfunction they grew up with seems to surface. Many adult children find they lose themselves and any true sense of identity in their relationships, especially romantic ones. They often are attracted to individuals with alcoholism, addiction, or other compulsive personalities that make them unavailable for a real, fulfilling relationship.

Focusing on their partner takes the responsibility off of their own shortcomings, so that they can avoid ever having to criticize themselves. Adult children will also often take on a lot of the characteristics of an alcoholic, including exhibiting poor coping skills, denial, not being able to solve problems, and having dysfunctional relationships with others.

How To Get Help.

If you find yourself falling into the same pattern of dysfunctional relationships without knowing why, or if you grew up with an alcoholic parent or some other type of dysfunction, it’s important to get help. This can be done through joining a 12 step group like Adult Children of Alcoholics, CoDependents Anonymous, Al-Anon, or any other support group for children of alcoholics. Therapy is also a good idea for support with individual issues.