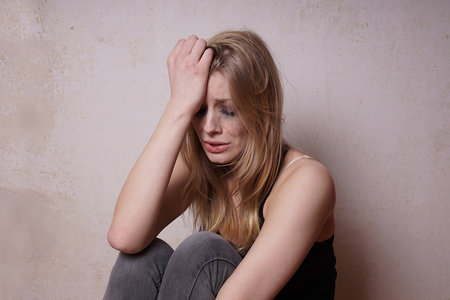 People who hurt themselves often do so because their emotions have built up beyond their ability to cope with them. They may be dealing with mental health issues like depression, anxiety or they could be suffering from an addiction. Someone who engages in self-harm is usually experiencing overwhelming feelings of frustration, anger, and self-loathing that are beyond their control.

Self-harm provides a sense of release for people who experience strong emotions and need an outlet for their suffering. People with addictions can begin to engage in self-harm or mutilation because their substance abuse causes a rollercoaster of emotions that is difficult to handle. In many cases, self-harm in itself can become an addicting behavior because it provides an escape from emotional pain through the feeling of physical pain.

Understanding Self-Harm
Self-harm is defined as self-inflicted or deliberate injury to the body tissue that causes pain, bruising or bleeding without any suicidal intent. It can come in many forms but some of the most common are cutting, burning, hair-pulling, hitting and scratching. While some people who inflict harm on themselves in these ways can be looking for an outlet for their most intense emotions, some people do it as a cry for help.

They may be hiding all of their feelings and not know how to talk to anyone about what they are going through or maybe they fear that no one will take them seriously unless they hurt themselves. Most people involved in self-harm are not intending suicide even if they are cutting dangerous areas such as the wrists. They are looking for an experience of physical pain that can temporarily take away the psychic pain they are not able to rid themselves of.

Addiction to Drugs and to Self-Injury
Those who engage in self-harm are more commonly young adults with between 12 and 23 percent of adolescents involved in the behavior at some point in their lifetime. Regardless of age however, addiction can be major factor in developing and worsening issues with self-harm. People who self-harm are vulnerable to addiction because their need to injure themselves is an addictive action. It becomes an outlet to allow their emotions to escape and can even give them a feeling of calm and a rush of endorphins.

As with many addictions the positive feelings are quickly followed by feelings of guilt and shame for their behavior and these emotions can further the cycle of self-harm. People who are addicted to self-harm are also often addicted to drugs as another type of escape from their suffering. Studies show that approximately 8.7 percent of people dealing with deliberate self-harm also abused drugs. The reasons that a person abuses and drugs and why they might harm themselves are essentially the same so these two problems often coincide as a result of that.

Unfortunately the combination of addiction and self-harm can make matters much worse. Many people start out as drug abusers and move onto self-abuse but it can also occur the other way around. However it may come about, a dual disorder or self-harm and addiction can be very dangerous for an individual. Drugs and alcohol can slow down reaction times and decrease nerve endings, making self-injury behaviors especially risky.

Someone who is under the influence of drugs may not realize that they are cutting too deeply and causing serious or even fatal wounds until it is too late. Overall drugs and alcohol can exacerbate feelings of depression and cause a person to escape through self-harm more than ever. Addiction can cause their methods of self-harm to become more severe and they may even reach a level of becoming suicidal. It is necessary to treat both problems simultaneously in order for someone to recover from self-injury.