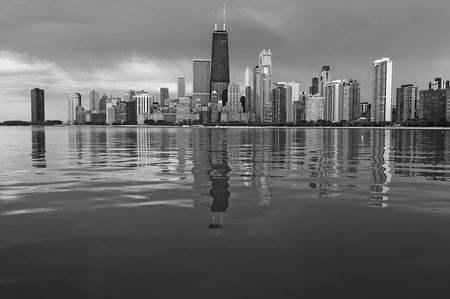 A forum for spreading awareness.

Politicians in Illinois have been talking about the heroin addiction crisis happening all over the midwest and in their home state. In response to the growing concern over what is now being considered a national health crisis, a number of Illinois politicians, activists, and families who have lost loved ones to the drug are supporting the Heroin Crisis Act.

The bill would affect drug court programs, make it a requirement for doctors to continue their education on drug addiction, expand insurance coverage for drug treatment programs, and a drug take-back program for pharmacies that would be the first of its kind in the country. The bill would also make it easier for paramedics to use Narcan, a medication that reverses the effects of an overdose, by making sure it would available to them at no cost.

The bill has its share of supporters, but there are many who are concerned about the cost of putting these changes into effect. Early estimates say that the cost of the bill could top $25 million. The Illinois politicians who backed the bill say that despite the cost, it should be one of the state’s priorities.

State Rep. Lou Lang (D) sponsored the bill, along with the support of State Sen. Pat McGuire (D) who is planning to co-sponsor the bill when it reaches Illinois Senate. The two have been working on some of the bill’s issues, including cost, to increase its chances of passing.

At a forum for heroin awareness held in April, Lang spoke about the bill along with other lawmakers, members of law enforcement, social service agency representatives, and families whose lives have been affected by heroin abuse. The group of almost 300 people gathered to talk about how heroin is affecting lives and to raise awareness of a growing problem.

What happens now that the bill has passed.

On May 30, 2015, the Heroin Crisis Act passed the Illinois State House. Drug activists were pleased with the outcome, saying that it’s a big step in the right direction when it comes to tackling the growing heroin problem the state is facing and making some much-needed changes happen to state drug policies.

Some of the changes that come with the act will go into effect quite soon, including requiring all pharmacies to dispense heroin overdose reversal drugs to users of the drugs and their families by July 1. Firefighters, law enforcement, school nurses, and paramedics will also be required to receive training on administering overdose reversal drugs and to always have them on hand.

Other changes that will come with the bill will be a requirement for coroners and other medical examiners to report when a cause of death was due to an overdose. This requirement will keep statistics on drug deaths in the state more current and accurate for the benefit of future studies and policymaking.

Drug court programs will also favor keeping drug users in treatment rather than throwing them in jail. There will also be extended drug education programs in schools.

Activists, families, and the politicians who supported the bill are hoping that its passing will make a difference with the disturbing trend that’s been happening for the last decade in the midwest. From 2010 to 2013 there has been a sharp increase in deaths resulting from opioid overdose in the U.S. with most of those deaths occurring in the midwestern states.