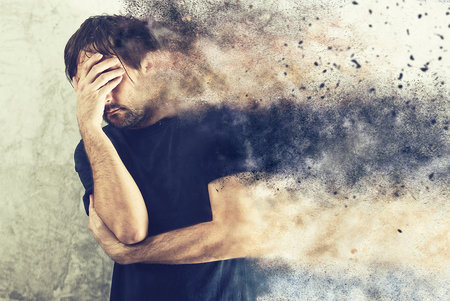 The mortality rate is high for people who abuse heroin and not just because of the risks of overdose. While taking the drug is dangerous and possibly fatal in itself, heroin users are also more likely to commit suicide because of issues of depression and the drug’s effect on their mental state. Heroin is highly addictive and has a powerful effect on the user physically and emotionally.

People who abuse heroin can easily experience a fatal overdose or suffer from serious physical health problems associated with their drug use especially after a long period of time. Psychologically, heroin can be particularly dangerous because it can cause a rollercoaster of ups and downs often leading to mental illness in those that are vulnerable or already have existing symptoms. When heroin users experience feelings of depression they have a strong risk for suicidal thoughts or behavior.

High Rates of Suicide
In the year 2010 there were 16,651 known opioid overdoses and 10 percent of those were determined to be suicides. Overall the percentage of heroin-related deaths attributed to suicide can range from 3-35%. It can be difficult to say how many suicides were associated more with a person’s issues of depression or their heroin abuse since the problems often go hand in hand.

Many people who suffer from drug or addiction problems are also dealing with other psychiatric problems and the different disorders influence one another. About 30 percent of people who regularly abuse drugs have an underlying mental illness. Many heroin abusers who commit suicide by intentional overdose have also been living with a comorbid mental illness such as depression or anxiety. Although many types of addiction can be associated with suicide, heroin users are 14 times more likely than peers to die from suicide. Attempted suicide among heroin users is also much greater than for the average person.

Drug Use and Underlying Mental Illness
One factor to consider in the high rate of suicide among heroin users is the fact that they often fall into a wide range of risk categories. Risk factors such as gender, psychopathology, family dysfunction and social isolation can be common issues that affect heroin users.

The additional risk factor of excessive drug use can be another reason why so many people with heroin addiction turn to suicide. In many cases, a mental illness may precede their drug abuse and become exacerbated by continual use of heroin. People that have a disorder such as depression or anxiety may self-medicate through drug use rather than receive professional treatment.

They may not realize they have a psychological disorder and are simply trying to escape their painful feelings through drug use. While heroin might provide a feeling of calm temporarily, it can be very destructive for a person’s mental health. As the drug often intensifies symptoms of a mental illness, someone with depression might begin to feel suicidal as a result of their heroin use. Withdrawal from the drug could also lead to intensified symptoms that trigger panic attacks or suicide attempts.

People who abuse heroin may be self-medicating some serious underlying mental health problems. Rather than risk the fatal consequences of continuing their drug abuse it is important to receive professional treatment for both the addiction and the psychological disorder. Without treatment for both, recovery can become complicated and less effective. If a patient treating their mental illness is still using heroin they might still be at risk for suicide. On the other hand, going to rehab without addressing symptoms of mental illness can lead to relapse. Heroin users experiencing depression or suicidal thoughts need special treatment to reach a full recovery.