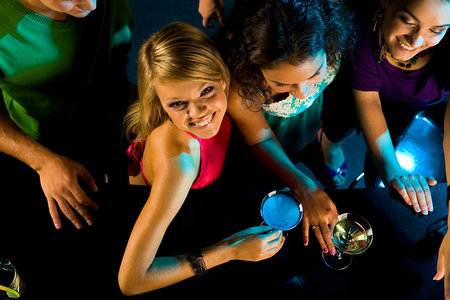 Cultural stereotypes sometimes suggest alcoholism is a condition that primarily affects men, but the truth is that people from all walks of life and genders are susceptible to alcohol addiction. A study by the National Institute on Alcohol Abuse and Alcoholism found that more than 4 million women in the United States meet the criteria for alcohol dependence.

This means that they have a high tolerance for alcohol, requiring more than normal amounts to feel “drunk,” difficulties in cutting back or controlling their drinking, and may suffer physical withdrawal when not drinking. However, Moe Gilbert, director of the Thelma McMillen Center for Alcohol and Drug Treatment in Torrance, California feels that this survey may under-report the extent of alcoholism among women.

Dr. Gilbert believes that social stigma leads many older women towards denial and keeping their addiction problem hidden from public view. The problem of alcoholic older women is intensified because the full extent of it may be unknown. This fact is all the more alarming when we realize that alcohol abuse may be particularly harmful for women in particular.

Women’s bodies are often smaller than men, making them more susceptible to the risks of alcohol than men. Yet, even taking differences of weight and height into account, women in general often experience a higher level of impairment than men from the same amount of alcohol. Woman’s stomach often empties slower than men’s allowing their bodies more time to absorb alcohol.

This means that the amount of alcohol that is considered risky to health and safety is often lower for women than it is for men. Women who fail to take this into consideration, and try to equal the drinking levels of their male peers may be putting themselves at greater risk.

It is well-known that heavy drinking can bring on a wide variety of health hazards, including but not limited to liver disease, heart disease, and loss of brain function. Women have some additional health risks that can be increased by excessive alcohol consumption, such as breast cancer, fertility problems, and reduced bone density. Harvard researchers who compiled data from multiple studies estimated that every 10 ounces of alcohol a woman drinks each day raises her risk of breast cancer by 9 percent.

Women who drink alcohol may be at risk for altering their natural estrogen levels. Women are also vulnerable to alcohol-induced mood disorders, including depression and anxiety, which can often further an addiction as you attempt to self-medicate out of the pain caused by your substance abuse and addiction you keep hidden from friends and family.

Socially, women are more susceptible to stigma surrounding alcoholism, and therefore may be more reluctant to admit their need for treatment. Often, women shy away from programs that deal with alcoholism exclusively, and may only be willing to deal with their drinking if it presented as part of general or mental health treatment.

Social issues, such as childcare, economic needs, and co-occurring disorders also present unique challenges during recovery. However, under proper, effective, and holistic treatment, women have proven themselves just as capable of recovery and sobriety as men.

Many of them are particularly helped by women-only sobriety groups, that enable greater degrees of comfort and intimacy. If you are struggling with alcohol addiction, or concerned about your alcohol use, do not hesitate to reach out to loved ones for help.