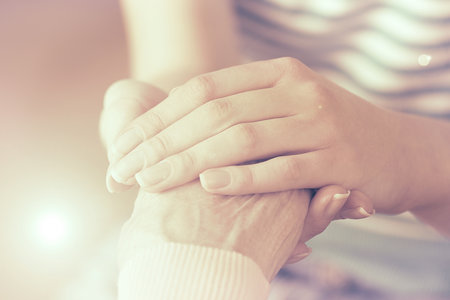 The relationship between a mother and child is a powerful one, so it comes as no surprise that in examining the roots of an eating disorder during treatment this significant bond is closely examined. Anorexia and other eating disorders have social, genetic, and psychological factors that must be taken into consideration during treatment.

The relationship with one’s mother will often play a big part in the development of an eating disorder, especially if is she suffered from anorexia herself. Eating disorder researchers have determined that a mother’s eating habits, comments about her own weight and diet, along with a genetic predisposition, and boundaries within the mother daughter relationship all have a strong impact on the child.

These factors do not always indicate that a child will develop an eating disorder. There is still so much to be learned about the causes of anorexia and other disorders that it’s hard to say exactly what causes them. All that researchers do know is that there are a variety of factors that contribute to their development and they include a combination of biological, cultural, and psychological aspects of a child’s development.

What researchers do know is that having an anorexic parent has a significant impact on a child. Here is an overview of some of the ways an anorexic mother can affect a child’s development:

Mothers and fathers are role models for a child’s developing thoughts and behaviors. This means that if a mother has disordered eating behaviors or thoughts, the child will naturally pick them up. These disordered attitudes toward food, weight, and dieting can stay with a child well into adulthood and be quite difficult to shed. Therapy and eating disorder treatment can help begin to undo the unhealthy views of one’s weight and of food that were instilled by a parent long ago.

Parents who are critical of their child’s weight are a big factor in the development of anorexia later on. Researchers compared the parents of children with and without anorexia and found that the anorexic children had parents who made critical comments about their child’s weight, eating habits, and appearance throughout their childhood. These comments had a strong and lasting effect on the child’s relationship with food and self esteem.

Other notable factors in the development of anorexia in children include:

-Growing up with a mother who had weak or few boundaries with their child.
-Being raised by a mother who frequently felt she had to control the behavior and activities of their child. These children grow up to have lower self esteem, dissatisfaction with their bodies, and a higher likelihood of developing anorexia.
-Children who grew up feeling like they lacked independence and a sense of their own identity.
-Up to 80% of eating disorder sufferers come from families with a history of anorexia or other disorders, many grew up with parents who also had an eating disorder.

It’s important to use this information to encourage a greater awareness of eating disorder risks rather than try to blame a parent, sibling, or other relative for the development of an eating disorder. The more families know about anorexia and other disorders, they more they can do to help a loved one who needs treatment.