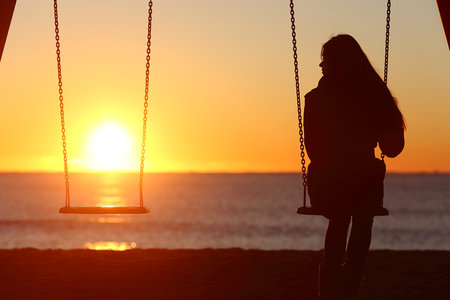 The effects of alcohol addiction can be generalized in certain aspects but when it comes to each individual, everyone reacts to substance abuse uniquely in terms of their body and mind. Gender differences can be especially important when it comes to an alcohol problem. Women and men experience alcohol abuse in their own personal ways because of their distinct biological issues related to addiction.

Gender matters in terms of the progression of the disease, the effects that alcohol has on body and mind, and the tendency for someone to seek help for their addiction. Alcoholism was traditionally thought to affect men more than women but the disease has grown among the female population making it more important for people to understand the differences in alcohol’s effects on them.

Physical and Mental Reactions to Alcohol
When it comes to consuming alcohol, there are great differences between the way men and women react to drinking and how their body processes the drug. The healthy recommended amount of alcohol for the average woman to drink is less than a man simply because women’s bodies don’t process alcohol as efficiently.

Women absorb more alcohol and take longer to break it down and remove it from their bodies. Even when drinking equal amounts women tend to have higher blood alcohol levels than men, the immediate effects happen more quickly and last longer. Alcohol tends to affect women more physically and they also start to have alcohol related problems at lower drinking levels than men.

There are other differences in terms of psychological reactions to alcohol. Women tend to experience depression more frequently, and if they are suffering from an addiction they are more likely to have psychiatric problems associated with their substance abuse. In spite of these many alcohol abuse issues with women, men still have higher rates of addiction overall with twice the number of heavy drinkers.

Differences in Recovery
Studies of alcohol treatment centers show that men represent 67 percent of admissions to these recovery facilities. Women represent a lower number in terms of the amount suffering from addiction but alcohol seems to impact them more heavily.

Twice as many women receiving treatment for alcohol addiction suffer from depression compared with men in treatment. They also tend to cite anxiety and a critical internal voice as significant factors in their addiction more often than men. Through the process of treatment there are also important differences in the way that women and men interact. Women tend to gravitate more toward group therapy when recovering from a drinking problem and it seems to be more effective for their treatment as well.

They also have a tendency to enter treatment sooner than men because of their psychological distress. Unfortunately, following treatment women also face a greater risk of relapse than men even after remaining abstinent for a certain period of time. Women who have young children may also be more likely to drop out of treatment early for fear that they will lose custody of their family.

Although it may be more challenging for women to make a complete recovery than men, they can still see a more rapid improvement in their physical health through maintaining abstinence. Gender differences can be an important thing to consider when it comes to alcohol addiction. People all react to alcohol differently based on a variety of factors and gender can play a crucial role in the progression and recovery from alcoholism.