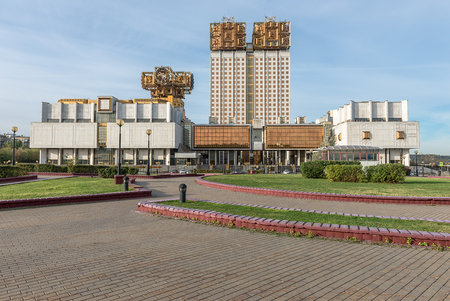 Addiction to alcohol does not disciminate. It can affect everyone of every ethnic group imaginable. At the same time, the cultural context can affect the way addiction is manifested in people’s lives. Culture plays a role in how public your addiction is, and how your behavior is understood and treated by the community, and social transformation can be a very important part of reducing addiction among its people.

Russia is a country with notoriously high levels of alcohol abuse and alcoholism. According to the World Health Organization, one in five men die due to alcohol related causes. A study by Patricia Critchlow on 12-step programs in Russia suggests that, in a nation of 144 million people, 20 million Russians can be considered alcoholics. Some phenomena that would be considered serious social problems in other nations, such as public drinking, do not capture notice as unusual. A culture and history that has often been tolerant of heavy drinking creates many challenges, but there are people looking for ways to change the society and point the way towards recovery.

Russia’s unique history with alcohol goes back many centuries. In fact, the nation’s strong commitment to Orthodox Christianity that began with mass conversions in 988, may be partially attributed to the fact that, unlike Islam, it does not prohibit drinking. Vodka, the very ethanol-heavy drink, was developed, according to legend, at a monastery within the Kremlin in the late 15th century, and quickly took over as the beverage of choice among many Russian people.

Whether it was tsarist, communist, or democratic, the Russian government has made several attempts to limit this widespread problem. However, each effort ended in failure, with unintended consequences that did not correct the problem. In fact, G.G. Zaigraev, a professor of sociology at the Russian Academy of Sciences says that “after each drastically stepped-up anti-alcohol campaign, [Russian] society found itself faced with an even greater spread of drunkenness.”

Many different rules, from Ivan the Terrible in the 1500s to Joseph Stalin have tolerated and even encouraged heavy drinking as a way to raise state revenue through taxes. Ivan established kabaks (state-run taverns), and forbid the sell of liquor anywhere else, making it the first of many times alcohol use would be very profitable to the Russian state, which engendered a reluctance to view it as a problem by those in charge. For example, Peter the Great even passed a law demanded the wives of peasants if they attempted to force men to leave a tavern. If someone drank themselves into debt, they could evade prison by serving in the army, yet another way serious drinking could be advantageous to Russia’s rulers. By the 1850s, the sale of vodka was raising almost half of Russia’s taxes.

Attempts at dealing with the problem:
In the Soviet Union, there were two extensive anti-alcohol campaigns, one under Lenin and another under Gorbachev. Gorbachev’s efforts began in 1985, after a state study found that alcoholism was the country’s third most common disease. By decreasing alcohol production and raising its prices, there were some positive effects, such as a rise in life expectancy and an increase in work productivity. However, many people also made their own moonshine, or consumed antifreeze, indicating that alcoholism continued to be an issue that could not be solved simply by limiting the supply.

When the state monopoly on alcohol production ended in 1992, production skyrocketed, and taxes were so low that a bottle of vodka could be procured for 30 rubles, or around $1. Vladimir Putin’s approach to dealing with such widespread alcoholism continues to emphasis attempts at prohibition, cracking down on sale to minors, and raising the prices. but Gennady Onishchenko, Russia’s Chief Public Health Inspector has made encouraging calls for expanded treatment.

According to Eugene Raikhel, Russian methods for treatment of alcoholism have been largely unchanged since the 1970s, based on psychological techniques to create a subconscious aversion to alcohol. Other, more successful forms of recovery, such as Alcoholics Anonymous, are not officially recognized by the government. Many people view self-help driven programs with suspicion, with some in the Russian Orthodox church considering the 12-step program a cult. In spite of some resistance, AA does have 400 groups in the country, that is slowly making an impact.

It is clear that work still needs to be done to find a way to communicate the need and hope for recovery among the Russian people who need it.