When singer/songwriter Ed Sheeran, 26, rose to fame just a few years ago he was working around the clock towards his success. He never had time to adjust to the fame while his name became known internationally. Constantly traveling, writing, and performing on tour, he began to loose himself along the way. 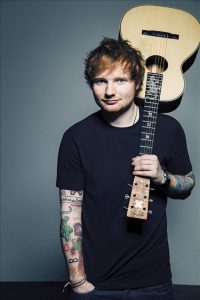 A year ago, Sheeran decided to take time off of music to “step back from it all”. He had found himself falling into the dangerous depths of substance abuse and needed to overcome it.

“All of the pitfalls that people read about, I just found myself slipping into all of them. Mostly, like, substance abuse,” said Sheeran. “I never touched anything. I started slipping into it, and that’s why I took a year off and buggered off.”

As things began to worsen, it was a friend who saw the path he was heading towards and decided to talk to him about it.

“It’s all fun to begin with, it all starts off as a party, and then you’re doing it on your own and it’s not. So that was a wake up call and taking a year off,” said Sheeran

He promised to himself that he wouldn’t let this addiction take over his life. He has so much talent and opportunity to throw it all away. He also admits that he can not work or perform under the influence.

He has also found a calming outlet through living with his girlfriend Cherry Seaborn.

“I was a 25-year-old in the music industry on tour, so I just needed someone to balance me out,” said Sheeran.

Since living together, he has remained sober.

While taking time off from his career, he is now able to focus on the more important things in his life like his loved ones and his wellbeing.

“I’ve worked my whole life to get to where I am, and you can’t lose that over something that you do in your spare time,” he said.