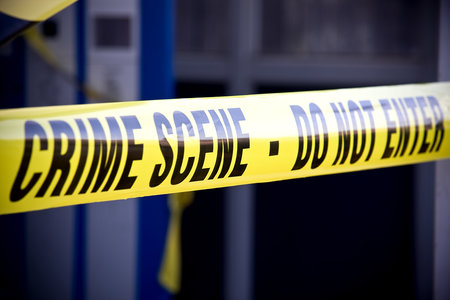 Most people in the United States were deeply shaken and horrified when, on June 17, 2015, Dylann Roof entered the Emmanuel African Methodist Episcopal Church in Charleston, South Carolina, and murdered nine people attending a Bible study. His horrible actions have spurned a great deal of debate about what in our society could have caused this to happen, and it is clear that no one factor can be blamed entirely for causing Dylann to act the way he did. It is clear that he personally had racist beliefs, and this led him to harbor hatred for the members of a prominent African-American church.

However, journalists, politicians and lawyers are currently weighing all of the factors and influences in the case. In February, Roof had been arrested after wandering around a mall and asking employees questions that made them uncomfortable. A police search revealed he was in possession of Suboxone, a prescription narcotic painkiller that some people abuse to get high. This has led some people to ask, could his drug use have been a factor in influencing his violent behavior?

Suboxone is often used to help people manage and taper off opioid addiction. When taken for legitimate medical uses, such as under careful dosage carefully controlled by a healthcare provider, the side effects are minimal and can be managed, making the drug far safer than narcotic painkillers or heroin. For the most part, Suboxone can help addicts feel less irritable through their withdraw.

However, Suboxone is itself highly addictive, and often available in the black market, where Dylann Roof would have gotten access to it. When used for non-approved uses, the long term effects are unknown and much harder to control. It is possible that that drug could have made him more irritable and more likely to engage in violent outbursts.

Under the influence of an abusive substance, a person’s behavior can change radically. The “high” can create a haze that can weaken the brain’s ability to think through the full consequences of behavior, leading to lower inhibitions and spontaneous behavior. This can mean that, under long-term abuse of a substance, a person might start to engage in behavior that would otherwise be unthinkable, immoral, or risky.

A medical associate from the Drug and Alcohol Rehab Clinic in Charlotte, North Carolina said that while it is very unlikely that Dylann’s suboxone use “caused” his behavior, his substance abuse should have been recognized as a warning sign that he was “troubled,” and more likely to consider engaging in violent acts.

Speaking to CBS reporter Adria Diaz, classmates of Dylann referred to him as a “pill popper” and suggested his drug experimentation may have gone beyond this one arrest, with one student pointing to his non-perscription Xanax use. While some characterized him as a mostly shy kid, other people did notice that he sometimes behaved erratically, made very angry racist statements, and did sometimes suggest that he “wanted to kill a bunch of people,” and “start another civil war.”

Dylann Roof’s murder can not be pinned down to one precise “cause,” and it would be very reductive and irresponsible to suggest that the drug was the main factor behind his racist attitudes and willingness to act on those views violently. However, it is clear that Roof had some deeply troubled issues within him.

Self-medicating with drugs and scapegoating troubles on other people are both common but ultimately unhelpful ways of dealing with stress and internal tension. Perhaps if he had had more access to treatment and supportive community, his own life might have turned out differently, and this tragedy could have been prevented.