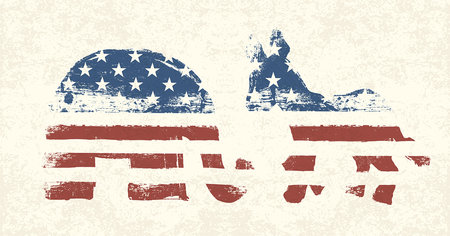 In the United States, the 2016 Presidential election is generating a lot of attention on media. When first-party primaries to select a candidate occurs in February of 2016, it will be preceded by extensive debate centered around the future of our country. Positions on drug policy are one of these important issues being explored. Drug use is an undeniably huge part of American culture, and there are many divided opinions about legalization, criminalization, and treatment as the best ways to deal with the negative social consequences of substance abuse. To help you navigate the large field of candidates, here are some of the basics of what each of them has said and done regarding this important issue.

Secretary of State Hillary Clinton:
Very early in her campaign, Clinton was deeply moved by a retired doctor expressing concern over the rising tide of prescription drug abuse. She responded by announcing an extensive plan to devote a further $7.5 billion to help expand treatment in local communities so that more people struggling with addiction can get access to care.

Senator Marco Rubio (R-FL):
In an op-ed published in the Washington Times on October 2, 2014, Rubio expressed skepticism towards what he termed “a careless weakening of drug laws that have done so much to help end the violence and mayhem that have plagued American cities in the prior decades.” This indicates some support for the status quo or even an increase of criminalization for drug use.

Senator Rand Paul (R-KY):
Paul has authored several bills calling on the decriminalization of non-violent drug offenses, including the Reclassification to Ensure Smarter and Equal Treatment Bill (RESET), which downgrades low-level drug possessions from felonies to misdemeanors, and bills that have allowed judges to disregard mandatory minimums in some cases. At a debate on September 16, he stated, “I would like to see more rehabilitation and less incarceration.”

Senator Ted Cruz (R-TX):
Cruz has been a supporter of Paul’s decriminalization efforts, arguing that current laws too often lead to “a young man [finding] his entire future taken away by excessive mandatory minimums.” He has also used states’ rights arguments to support experiments in marijuana legalization and emphasis on treatment as a substitute for jail time.

Governor Jeb Bush (R-FL):
Bush’s daughter Noelle has struggled with addiction, giving this issue a deeply emotional and personal touch for him. He has called for expanding treatment options and told a Fox News host that, when it comes to recovering from addiction “doing it alone…is near impossible,” and so more should be done to create a climate supporting recovery.

Governor Chris Christie (R-NJ):
In a Huffington Post video that has received more than 5 million views, Christie speaks powerfully about a close friend who died after years of struggles with an addiction to alcohol and prescription drugs. He points to policies in his state that have sought to expand recovery treatment, and de-stigmatize addiction, so that more people can feel hopeful about a future in recovery.

Carly Fiorina:
Fiorina has also been personally touched by the tragedy of addiction, as her daughter Lori died in 2009 after many years of struggle with alcoholism, addiction, and bulimia. She told The Des Moines Register that “overreacting to illegal drug use” through harsh sentences has only worsened the problem of addiction, and that “We know that we don’t spend enough money on the treatment of drug use.”

Dr. Ben Carson:
In a Fox News interview in 2014, Carson expressed deep concern over marijuana legalization as part of “removing all barriers to hedonistic activity,” which could have serious social consequences. He has further expressed a desire to “intensify the war on drugs,” expanding punishments for selling, using, and smuggling as deterrents. He has also stated that “addiction occurs in people who are vulnerable,” and that a return to traditional moral values will make drug use less likely.

Donald Trump:
In 1990, Trump called for the total legalization of drugs, using education and treatment as more effective ways to avoid addiction and “take profits away” from dealers. However, his current position is very different, arguing for more aggressive fighting against drug use, particularly as a reason to have more aggressive border security.

Governor John Kasich (R-OH):
In debates, Kasich has opposed legalization as “sending mixed signals,” but also called for prisons to offer more resources for treatment. As governor, he has dedicated $5 million to expanding addiction recovery and mental health services to local communities. He also feels that the message “don’t do drugs,” needs to be clearly communicated through as many avenues as possible.

Governor Martin O’Malley (D-MD):
When O’Malley was mayor of Baltimore, he doubled funding to the city’s treatment facilities, and overdose deaths fell by 60 percent. He has made addiction treatment a center point of his campaign and has set a goal to reduce deaths by overdose by 25 percent by 2020. His plan to accomplish this is to expand access to treatment, improve coverage, and help doctors, pharmacies, and first responders to know more about addiction issues.

Senator Bernie Sanders (D-VT):
Sanders has not minced words in calling the War on Drugs “a failed policy,” and arguing our efforts should instead be used to building up infrastructure to help more people gain access to treatment. Treatment for addiction would be a center point in his work for universal health care.