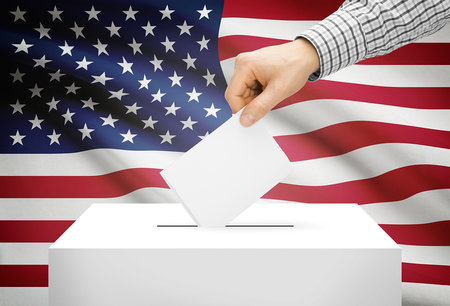 Hillary Clinton
In the past, Clinton was known for her tough views on fighting crime and putting drug offenders behind bars. During her last presidential campaign in 2007 however, her views on crime and drug policies began to take a turn.

Clinton has said that the justice system needs to be changed, especially when it comes to nonviolent drug offenders. Details about how these changes would be made have not yet been revealed, but Clinton has confirmed that substance abuse, as well as mental health care, would be big issues in her upcoming campaign.

She has recently spoken out about the growing heroin epidemic in the U.S. and has also said that the disparity between crack and cocaine sentencing needs to be addressed. Clinton also seems to be open to medical marijuana legalization, but has been careful not to throw her full support behind the issue just yet. She says she is open to the possibilities brought on by legalizing marijuana and that decisions on the issue should be left up to the individual states.

Jeb Bush
Republican candidate Bush, who is also the former governor of Florida, is not known for having lenient views on drug policies, especially when it comes to putting drug offenders behind bars. Bush has consistently supported incarceration for offenders instead of getting them into treatment.

He has been criticized for cutting funding and opposing ballot initiatives for state drug treatment programs, particularly after his own daughter struggled with a substance abuse problem which she handled by getting treatment. Bush is also strongly opposed to the legalization of marijuana and has made policies tougher on all drug offenders, including those who use marijuana.

Bernie Sanders
The Vermont Senator has not spent as much time talking about drug policies, as he has about income equality during his campaign so far. Sanders has mentioned that something needs to be done about the high incarceration rates in the U.S.

He has also spoken about the ineffectiveness of the War on Drugs, saying that it has done more damage than good to the lives of thousands of people. It appears that Sanders does support the use of medical marijuana, but he hasn’t expressed a clear opinion on whether or not recreational marijuana use should be legalized.

Ted Cruz
The Republican candidate’s views on drug policies are not what one would expect from a member of his party. Cruz co sponsored the Smarter Sentencing Act, which includes legislation to reduce the minimum length of mandatory sentences.

He also thinks that the legalization of marijuana should be left up to individual state legislation. Cruz’s most recent comments on drug policies are a change from some previous remarks he made criticizing the Obama administration’s approach to enforcing drug laws.

Martin O’Malley
The Maryland governor seems to have unclear views on drug policies, especially when it comes to marijuana legalization. The Democrat approved legislation in Maryland that would require police to issue citations instead of arrests to individuals possessing small amounts of marijuana.

But in a later interview, he stated he was opposed to complete marijuana legalization. O’Malley has stated that his stint as Mayor of Baltimore and later Governor of Maryland contributed to an overall decrease in crime and incarceration, but many have spoken out about the Governor’s policies, saying they in fact strengthened the War on Drugs.

Rand Paul
The Republican Senator and son of former candidate Ron Paul, does not support the legalization of drugs. However he has supported reducing harsh sentences for drug offenders, raising the age of adult criminal responsibility, food stamp eligibility for non violent drug offenders, and eliminating the disparity in crack sentencing.