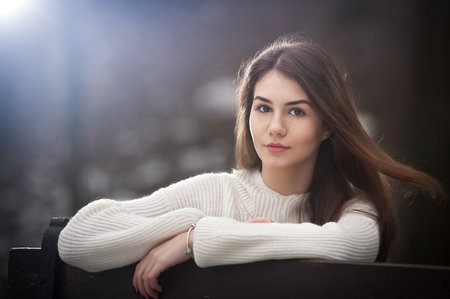 Addiction does not discriminate. People from every walk of life, and every racial and ethnic group, both rich and poor, young and old all have the danger of succumbing to out-of-control and compulsive substance abuse.

At the same time, factors such as race, gender, socioeconomic status, and other issues can affect issues such as the availability of drugs or recovery treatment, that can make it easier or harder for particular people to deal with addictive personality traits.

Popular, stigmatizing stereotypes abound of “drug addicts” as financially disadvantaged, in urban settings, and racial minorities. For that reason, the most recent data from the Center for Disease Control (CDC) may be surprising to some.

The Study:
The recent CDC report found that deaths caused by heroin overdose have tripled between 2010 and 2013. Abuse of opioid painkillers is one of the most prevalent forms of substance abuse in the U.S. today.

Many people abusing drugs like Oxycontin and Vicodin may eventually shift over to heroin, a strong, cheap, and often very available street drug that has similar effects, though can be even more dangerous. Thus, the escalating crisis in prescription drug abuse is causing rates of heroin use to also rise.

Writing for the New York Times, Gina Kolata and Sarah Cohen analyzed the CDC report along with evaluating almost 60 million death certificates between 1990 and 2014. They found, quite startlingly, that drug overdoses, heroin and painkillers especially, are driving up the death rates in the U.S.

The rise was most dramatic among white youth, ages between 25 to 34, who are “the first generation since the Vietnam War years of the mid-1960s to experience higher death rates in early adulthood than the generation that preceded it.”

In fact, the death rates are rising for all white people under 65, most dramatically for young adults and women. The published article pointed out that, between 1999 and 2014 drug overdose deaths tripped for whites 35-44, and rose to five times its level for 25-34. Overdose death for African-Americans and Latino/a groups has risen only slightly, and the death rate for black people is declining due to improved access to medical care.

Possible Reasons:
Researchers are unsure of why white people in particular are suffering under this latest addiction epidemic. The statistics are particularly grim for women, and for people with lower levels of education, people likely to be left out of this economy, struggling, and without real family support.

Dr. Eileen Crimmins attributes these social causes, pointing out that their addiction may be fueled by a feeling of hopelessness in life. “They are not in stable relationships, they don’t have jobs, they have children they can’t feed and clothe, and they have no support network…There are people whose lives are so hard they break.”

Speaking to Vice News, Dr. Andrew Kolodny, the director at Phoenix House pointed out that the implicit bias in medical doctors might play a role. He points to a study in 2015 that showed that doctors were more likely to give a prescription for opioids to a non-Hispanic white person than to a minority.

Stereotypes of drug addicts set-up artificial implicit racial biases, so that doctors were more likely to be cautious in prescribing these potentially addictive drugs to non-whites. In this way, the levels of availability increased among people who had the capacity to become addicted and drug abusers. More privileged people are also more likely to have access to health care, and are more likely to look for dramatic medical fixes for their physical problems.

Marcus Anthony Hunter, a professor of African-American studies, suggests that communities that were the most hard hit by addiction epidemics in the past are more aware of the dangers of substance abuse, and so there is greater aversion to drug use in those communities now.

Whatever the reason, it is very clear that the current drug abuse epidemic needs to be better understood before it can be stopped. Drug abuse is not something that happens only in inner-cities, not only among the poor, but something that can affect people from all walks of life. We must go forward with this greater awareness, knowing that addiction is possible problem everywhere, for everyone.