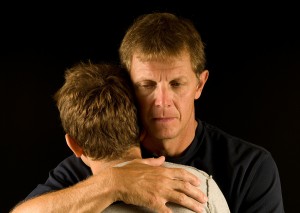 It can be difficult to predict when a person will end up with severe drug addiction because so many different factors come into play. Environment and culture can play a major role as well as existing predispositions to addiction. Being predisposed to drug addiction can come in many forms but one of the most significant is through genetics.

When a person is genetically predisposed to addiction as a result of their inherited traits, they are more impacted by their environment and other factors making them much more likely to develop a problem with substance abuse. Studies have shown that 40 to 60 percent of the predisposition to addiction can be attributed to genetics.

However, there are dynamic interactions of genes with the environment and the developmental stage that all contribute to the development of this complex disease.

Genetics is an Important Factor
Most drugs can be inherently addictive because of their effect on the brain but addiction does not always affect everyone who uses drugs recreationally. Some people may not have any problem walking away from a drug or only using it occasionally.

Others are more likely to quickly develop an addiction because of their own predisposition. It is not a moral choice or a lack of willpower compared with others, they simply are more vulnerable to the effects of drugs and respond differently.

One of the biggest indicators that someone is at risk for developing an addiction is family history and genetics. Research conclusively shows that vulnerability to addiction is passed down through generations and countless personal stories further prove that addiction runs in families.

Someone with a parent, grandparent, or another relative who abuses drugs or alcohol is much more likely to have their own substance abuse problem than someone without any family history of addiction.

The Impact of Environment on Vulnerability
Genetics plays a crucial role in whether a person becomes addicted but it is the combination of their inherited vulnerability and their environment that makes a person end up with a drug abuse disorder. Environmental factors such as whether they deal with a lot of stress regularly witnessed family members abuse drugs, or had any traumatic childhood events can all contribute to an increased risk of developing an addiction.

Other types of predisposition to addiction can also play a role such as pre-existing mental illness. Because addiction is such a complex problem a variety of issues can be present in a single individual that leads to them struggling with drug abuse. A person may be more susceptible to addiction because of genetic influences but that does not necessarily mean they will inevitably end up addicted.

They may be physically more vulnerable to addiction because of family history but their environment or upbringing could deter them from using drugs to excess. So a person whose family tends to suffer from addiction is not fated to follow in their footsteps as other issues can equally contribute to their substance abuse.

People respond to drugs differently because of their distinct biology making them more or less vulnerable to developing an addiction. Some people might feel sick consuming certain drugs, making them less likely to abuse them. Others may have the tendency to be compulsive about their habits and this makes them quickly become addicted.

Biological reactions to drugs can be passed down through family members making it much harder for some people to quit once they have started. Addiction has a variety of causes in each individual but for those with a family history of substance abuse, they need to be especially cautious about their drug use because of their increased risk for addiction.