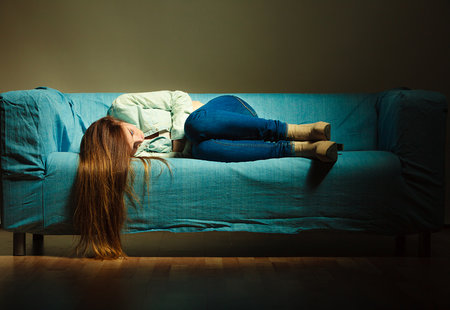 Drinking alone may sound like a harmless practice but it can often signal the presence of an alcohol dependence and a growing tolerance. While many enjoy drinking at social gatherings in the company of others at bars or other venues, others find that drinking alone is more relaxing and comforting. When this starts to become a habit, it may turn into a way for someone to cope with difficult emotions or self medicate when they are facing stress or conflict. Another reason many people drink alone is because they do not want others questioning their habit or judging them. They may be isolating themselves because they can’t face problems or deal with other difficult emotions.

Of course, drinking alone does not always necessarily indicate that a person has a drinking problem. Many people can have a glass of wine or beer at dinner time, or a cocktail before bed. Drinking alone only becomes a problem when it becomes part of a person’s daily routine. There are also unique risks that come with drinking alone: a person is more likely to pour themselves a stronger drink, binge on alcohol, or use drinking to soothe feelings of sadness, loneliness, fear, or anger.

Drinking alone can easily become a dangerous habit for people suffering from mental disorders. Those who struggle with depression, anxiety, or other illnesses are at a higher risk of using alcohol to cope with their symptoms. A person with anxiety for example, will drink to calm themselves and feel more at ease.

This type of self medicating can lead to alcoholism and more harmful behavior. Because alcohol tends to lead to depressive thoughts, someone with a mental illness may begin to have thoughts of suicide when they drink. Statistics have revealed that in almost half of reported suicides in the U.S. alcohol was consumed at the time of death. Alcohol even increases the risk of suicide in people with no mental illnesses.

Other negative emotions that often arise because of drinking include loneliness, shame, and sadness. Drinking impairs a person’s ability to make sound judgements, so if they are already experiencing hardship or emotional turmoil, consuming alcohol will only exacerbate the problem. This can become even worse when drinking is done alone, and a person has no one to talk to about their problems.

People can also choose to drink alone in public settings such as a bar, restaurant, or tavern. This can also present its own unique set of risks if the practice starts to become a regular habit. Being surrounded other people doesn’t necessarily make it ok. Because alcohol impairs a person’s judgement and ability to make rational decisions, they may end up doing things they normally wouldn’t do while under the influence.

The may also engage in risky behavior while out drinking. Assaults, unwanted sexual attention, and getting into physical altercations are just some of the things that tend to occur. A person who regularly drinks alone in public is also more likely to get behind the wheel of a car while under the influence, and hurt themselves or others.

It’s important to get help if you find yourself regularly drinking alone. There may also be deeper psychological issues that are at the root of a drinking problem. The most effective treatment will address these issues as well as help you stay sober.