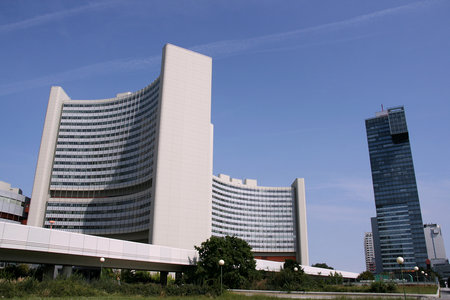 There are a surprising number of new drugs are being reported to the United Nations Office of Drugs and Crime according to their recent 2015 World Drug Report. The organization states that in the years between 2009 and 2014, 324 new psychoactive substances were reported to them. Most of these hundreds of psychoactive drugs are considered legal highs with negative health implications.

These psychoactive drugs are marketed as alternatives to internationally controlled drugs such as MDMA and LSD but are viable and legal to own. The alternative drugs are meant to have similar effects to their illegal counterparts but are synthetic versions that may be slightly less potent. The number of new psychoactive drugs worldwide has skyrocketed in the last four years, indicating that the market for such drugs is becoming even more diversified.

Synthetic Cannabinoids and Hallucinogens
The significant increase in the number of new legal drugs could be cause for concern because many of these types of synthetic drugs produce powerful, emotional and hallucinogenic effects that can negatively impact a person’s health. As of 2014, the UNODC was aware of a total 450 legal psychoactive drugs, the majority of which were newly discovered.

Among these about 39 percent are synthetic cannabinoids or man-made chemicals sprayed onto cannabis plant material. Synthetic cannabinoids are often referred to with names such as “K2” or “Spice” and are legally sold as herbal incense and potpourri according to the U.S. Office of National Drug Control Policy.

Although cannabinoids make up the majority of these new psychoactive drugs, many of them are more potent and dangerous. About 18 percent of the drugs in the report are phenethylamines, a type of strong stimulant that provides physical, emotional and hallucinogenic effects.

Powerful Synthetic Cathinones
The most well-known phenethylamine is MDMA or ecstasy as it is commonly called. There are many variations of the party drug that are marketed as legal such as bromo-dragonfly, a version that is only a little less potent than LSD.

Phenthylamines are chemically synthesized and can come in a variety of different forms including powder, pill, tablet or blotter paper. These drugs can have a strong effect on the body causing an increase in heart rate, respiration and blood pressure and can also lead to dehydrations, seizures, depression, paranoia, delirium and cardiovascular issues.

The third type of new psychoactive drug that is relatively common is the synthetic cathinone which make ups 15 percent of the whole group. This kind of psychoactive drug is a man-made chemical related to amphetamines. Cathinones have received a lot of attention lately because of highly potent and dangerous drugs such as “bath salts” and “flakka” which have led to a number of bizarre and often violent incidents.

The synthetic drugs are known to cause erratic and very disturbing behavior and the most well-known versions have been banned. Because of the ban, manufacturers responded by synthesizing similar drugs that are different enough to avoid legal restrictions. Cathinones, cannabinoids and phenethylamines make up the majority of these new drugs with the remainder being an amalgam of other substances.

The wide range of new psychoactive drugs that are considered legal could lead to more problems like those that were witnessed with bath salts and flakka. As these synthetic drugs are studied, more may be banned in the future but at present they are possible for people to obtain and consume within the law.

The UNDOC has seen a rapid increase in the varieties of drugs at least partially because they have expanded their data sources and are more able to identify these psychoactive substances in the laboratory. The high number of these new drugs, however, also shows how large the market is for these types of synthetic substances.