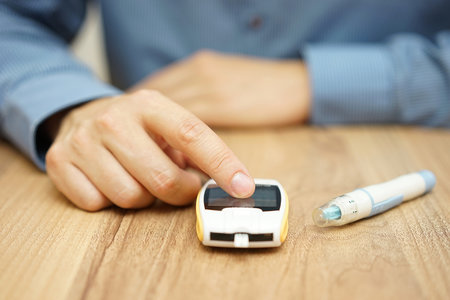 The term diabulimia describes the type of eating disorder found among those with type 1 diabetes and bulimia nervosa. The first officially reported case of diabulimia was in 1983 and was used to describe a patient who skipped or limited their insulin doses in order to experience weight loss. These individuals often have many of the same characteristics of a bulimic. By binging on foods that are high in sugar and carbohydrates and then purging through excessive urination, excessive weight loss can take place. The medical community does not officially recognize the term yet, but reported cases of diabulimia are on the rise and are causing great concern.

Why is it so dangerous?

Another reason for this urgent need for awareness and treatment options is the devastating effects that diabulimia can have on a person’s health. With an eating disorder, the long term effects on a person of any age’s health is particularly damaging. Coupled with diabetes, the effects can be even more severe and can become serious much sooner. Short term effects include dehydration, constant thirst, a frequent need to urinate, high blood glucose levels, fatigue, weight loss, trouble concentrating, and increase in appetite. The long term effects can include heart disease, stroke, vascular disease, neuropathy, gum disease, infertility, and retinopathy. Diabulimia has also been proven to lower the life expectancy by a significant amount.

How can diabulimia be treated?

Just like with treatment for any type of eating disorder, working with a team of experts is absolutely necessary for recovery. A mental health professional along with a doctor, nutritionist, and endocrinologist is recommended. A full assessment of an individual’s health and family environment should be conducted at the start of treatment. The patient should agree on daily carbohydrate and insulin doses to get their health back on track during treatment. Patients should also be educated on diabetes and nutrition, so that they feel a greater sense of responsibility and control.

Cognitive behavioral therapy and individual therapy has also been shown to be effective in helping a diabulimic better understand their thoughts and feelings in relation to their eating disorder. With consistent mental health therapy and regular insulin doses, a patient’s normal weight and health should gradually be restored. Regular visits to a therapist or other eating disorder specialist is recommended to ensure long term recovery.

Recognizing the signs of diabulimia.

It’s a good idea for any health care professional to be able to recognize the possible signs of diabulimia. Some of these include: