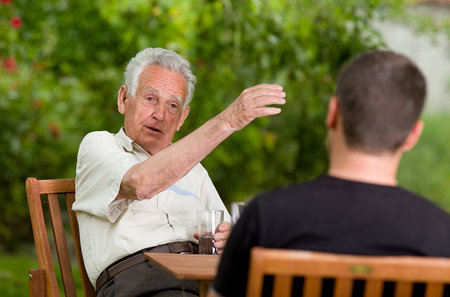 Of the growing numbers of people facing addiction in the U.S. today, one of the most surprising statistics is the rise of substance abuse among the baby-boom generation. Older adults now in their late 40s to their mid-60s are beginning to develop addictions later in life and often struggle with co-occurring disorders. One of the reasons that addiction is becoming more common in people over 50 is that the baby-boom generation grew up in the drug-friendly cultures of the 1960s and 70s, and many of them have experimented with drugs in the past. Now as they fight the physical and mental stresses of old age, they turn to prescription drugs to ease some of their pain. As more and more baby-boomers reach old age, the rates of addiction among this group are expected to increase over the next few years.

Increase in Addicted Older Adults
Many treatment centers have already been well-aware of the issues with this demographic and designed programs specifically catered toward older adults who need to recover from an addiction. Some addiction recovery centers have seen such a dramatic increase in older adults seeking treatment that they had to expand their programs to accommodate the group. Programs designed for older adults are often at full capacity because so many of them need treatment for their addictions.

The amount of older adults seeking treatment is expected to reach five million in the year 2020, which is twice the number reported in 2000. In the past decade the number of adults age 50-59 seeking treatment for addiction has increased from 2.7 percent of the population to 5.8 percent. The number among those aged 55-59 roughly doubled, increasing from 1.9 to 4.1 percent.

Mental Health and Substance Use
Unfortunately, not everyone in this age group is able to receive treatment for their addictions. Medicaid often doesn’t cover treatment for older Americans seeking help for prescription drug abuse. This age group especially needs professional help from treatment centers because many of them are struggling to deal with underlying psychological issues and life-stresses.

Surveys have revealed that older adults are trying to cope with more life stress than ever before. Stress has impacted the health of many adults aged 50 and older who have to care for their parents or children or both. Stress is also significant problem for older adults who have been diagnosed with obesity and/or depression. Elderly adults can be particularly vulnerable to issues like depression because they often experience isolation and loneliness.

Older adults who are isolated experience a lower quality of health and may have a harder time bathing, eating, dressing and getting around than those who felt connected to others. Their depression can make them more vulnerable to addiction and create a cycle of drug abuse. A common issue among older adults who develop an addiction is a feeling of shame that can worsen their depression. They may come from a generation where addiction is considered a kind of failure rather than a curable disease.

Mental health can be a significant issue for older adults facing addiction as this group can come into their recovery treatment with three to four times more emotional disorders than other patients. Anxiety, depression and chronic pain are the three most common issues that older adults struggle with alongside their addiction. Older adults often turn to painkillers to cope with these issues as a quick fix that alleviates some of their stress.

As people age they can become more vulnerable to drugs and alcohol because their metabolism has slowed down significantly and they also might have medical conditions or psychological problems. It is important for people in this age group to receive the help that they need to recovery particularly if they are suffering from co-occurring disorders.