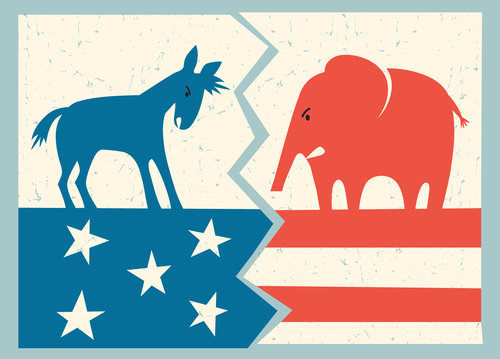 With heroin addiction on the rise and reaching epidemic proportions, many of the candidates are being questioned and weighing in on the topic during debates. During recent democratic debates, candidates Bernie Sanders, Hillary Clinton and Martin O’Malley gave their opinion on what needs to be done to curb rampant drug abuse and addiction in the U.S.

The candidates agreed that addiction should be considered a health issue and not a crime so that people suffering from substance abuse problems are provided with treatment rather than jail time. Bernie Sanders asserted that addiction is a “disease not a criminal activity” and one that should be treated as an important crisis that needs attention.

Senator Sanders was concerned with the issue as his home state of Vermont has been hit particularly hard by heroin addiction with governor calling it a full-blown crisis in 2014. He said that the epidemic called for radical change in the approach to addiction in America and that the health care community needs to reform their actions in prescribing opioids and addressing issues of mental health and addiction.

Addressing Heroin Addiction in the US
Although Sanders had a lot to say on the topic of heroin addiction, Clinton and O’Malley also touched on the important subject. Hillary Clinton said that she’s addressed the issue in town halls and laid out a “five point plan” on how to better handle the crisis. O’Malley recalled the experiences he has had with close family friends overdosing as well as witnessing the effects of heroin addiction during his former position as mayor of Baltimore which has been called the “heroin capital” of the U.S. During the most recent debate, Clinton said that her policy would center on treating addiction to drugs such as heroin as a health issue and that the policing needed to change.

Under her policy, she said that the government would provide $1 billion for states to deal with the nationwide drug epidemic. She proposed that police officers and firefighters be equipped with antidotes for heroin overdoses so that they can administer them if necessary. Senator Sanders agreed with Clinton’s plan and added that pharmaceutical companies should be responsible for the products they manufacture and be held accountable for the consequences of drug overdoses.

Changing Treatment and Targeting Pharmaceutical Companies
It is rare for candidates to completely agree on any subject but all three candidates had similar stances on drug addiction and mental health issues as well. Bernie Sanders said that the U.S. needs a “revolution” in the way it addresses mental health treatment. One of his goals is to start guaranteeing immediate treatment to the mentally unstable instead of people in need waiting several months.

Waiting for treatment is an issue that can be particularly problematic with serious addictions often ending in tragic overdose before the addict ever receives help. While most of the candidates held the same stance on fighting opioid addiction, Senator Sanders raised an important topic that is not often discussed in relation to the issue. His call for pharmaceutical companies to be held responsible for their medication, the consequences of it and how widely available it is for Americans was a key point made during the debates.

The tremendous amount of highly addictive opioid drugs that are being prescribed in the U.S. and heavy campaigning from the pharmaceutical industry is something to consider when discussing issues of rising substance abuse and addiction. Prescription opioid abuse is often a gateway to heroin which is cheaper and more potent, satisfying the cravings created by narcotic medication. Each candidate expressed a desire to de-criminalize addiction and took a strong stance on providing immediate care and treatment for people dealing with an opioid dependency.