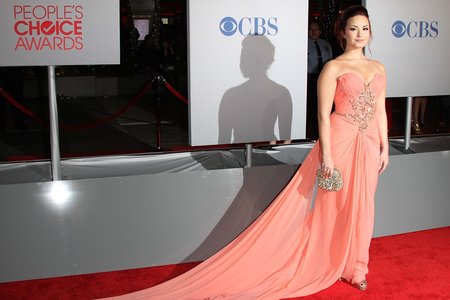 Popular singer, actress, and model Demi Lovato has spent most of her life in the public eye and was never able to hide whatever struggles she went through over the span of her career. As successful as she’s been in the world of show business, she has had her ups and downs especially in terms of the media’s portrayal of her life. She experienced a highly publicized stint in rehab in 2010, something that has motivated her to get involved in a topic close to her heart- the de-stigmatization of addiction.

She has been open in sharing her story as well as inspiring messages to help those who are going through the shame and guilt of fighting an addiction or mental illness. Lovato has been vocal in supporting a nonprofit organization known as “Facing Addiction” that works to help addicts through recovery and focuses on creating better solutions for the crisis of addiction. As Lovato and other people in the public eye bring attention to their work, the nonprofit is continuing to search for solutions to America’s problem with addiction.

Overcoming Mental Illness and Addiction
Although Demi Lovato is only 23 years old she has been through some harrowing struggles with drugs and mental illness. She was forced to abruptly end her tour with the Jonas Brothers in 2010 because she needed to seek treatment for an addiction, eating disorder and issues with self-harm. She attended a rehab center in Illinois after realizing that she couldn’t even finish a meal due to her severely restricting eating habits. The star has also admitted that in her darkest days she couldn’t go more than 30 minutes without using cocaine, bringing it on airplanes to use in the bathroom after everyone went to sleep.

At only 19 years old she realized that she had hit rock bottom and needed to change her life around. Struggling with a number of issues ranging from bipolar disorder, cutting as a way of coping, depression, bulimia as well as abusing alcohol and drugs Lovato was in a very dark place at such a young age. Luckily the singer was able to overcome everything that was holding her back and she has been sober for more than three years.

Sharing Her Story with Fans
Since being in recovery, Demi Lovato has spoken openly about her experiences and worked to provide hopeful messages to every one of her fans that might be struggling with any issues themselves. She recently posted on her Instagram saying that 1 in 7 people face addiction and that she was one of them. She mentioned the organization “Facing Addiction” and asked that we as Americans stop ignoring the biggest problem that we have in our nation today.

Her message was that we should be a part of the solution for addiction by replacing shame with support, hope and healing. She has credited her boyfriend, Wilmer Valderrama with being her biggest support system throughout her recovery. Valderrama has kept her focused on staying healthy and writing about her experiences, something that has given her strength in the past few years she has been sober. Her boyfriend was there to share her ups and downs and support her recovery allowing her to achieve success in sobriety.

Although it’s been a difficult road for Demi Lovato, she is now living a more positive life and using her fame to send a message of hope for other people dealing with an addiction or mental illness. Her support for addiction organizations is a part of her effort to inspire people to seek help and treatment so that they can overcome the stigma and finally experience recovery.