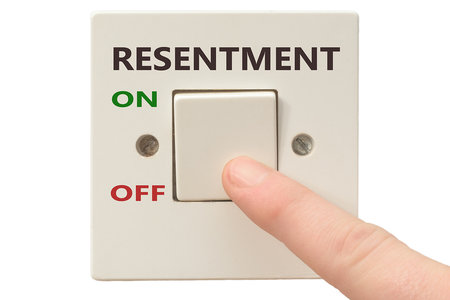 Resentment is a common emotion, even among people who aren’t in recovery. For someone overcoming alcoholism or addiction, resentment can be a major hurdle. The feeling is caused by negative emotions that are bottled up as a result of injustices done to the individual. Holding on those feelings can become dangerous in recovery because it can lead to a relapse or get in the way of one’s emotional well being.

Resentment can come as a result of real events or imagined ones. Either way, it is an issue that must be addressed before serious progress can be made in recovery. Other emotions associated with resentment include anger, hatred, and dislike for another human being. These are all very strong emotions that tend to become overwhelming if not properly dealt with.

Some of the common causes of resentment include:

-Having other people trying control your life.
-Feeling disappointed or let down by the reactions of others.
-Having another person act as if they are superior.
-Having other people get in the way or purposely interfere with the accomplishment of your goals.
-Dealing with people who don’t follow up their words with actions.
-Dealing with authority figures who abuse their power.
-Having someone say something negative or hurtful about you.
-Having someone be dishonest with you.
-When others behave unfairly toward you, or in some other way.

The causes of resentment for those in recovery can be a little different. Some of these causes include:

-Not being recognized for your efforts at recovery by friends or family.
-Friends or family continue to act suspiciously toward you or don’t trust you.
-Having others trying to interfere or control your recovery.
-Realizing that recovery is much more challenging than expected, and taking out that frustration on others.
-Comparing yourself to others in recovery who seem to be doing better or making more progress.
-Running into people who don’t support your recovery or who don’t take your life seriously.

Why resentment can be so dangerous in recovery.

Resentment keeps your focus on other people instead of your own. This means that instead of focusing on your own behavior and making an effort to work on yourself, you are more intent on fixing the other person. No progress can be made this way, and the negativity associated with resentment will continue to build. Resentment is also one of the most common triggers for a relapse. The emotions associated with it, such as anger and hostility, is often used as an excuse to start drinking or using drugs once again. The only person who ends up getting hurt is yourself.

Building a better life for yourself in recovery is also not possible until resentments are completely released. A life of peace and well being simply can’t be attained. The weight of carrying around resentment will only hold you back from making progress. You may also find that the resentment you carry is a reason that you began abusing drugs or alcohol in the first place. This will get in the way of real progress, as well as creating new relationships with others.

Because negative emotions will never completely disappear from your life, it’s important to learn how to foster the positive ones and deal with negative ones in a healthier way. Meditation works well, as well as making a personal inventory and sharing it with a sponsor or therapist. Journaling can also be a powerful tool.