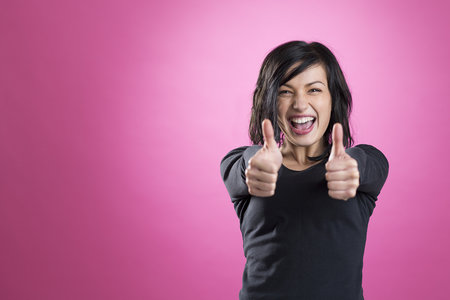 If you’re asking yourself if you’re a people pleaser, look for the following symptoms: always saying yes, having a hard time saying no, feeling like people step all over you or use you, feeling that you have to play a role around people, rather than being yourself, mood swings, and feeling a great deal of resentment toward others. People pleasing behavior may not be quite so obvious to others, you may even be considered quite popular and easygoing among your social circle, but under the surface anger, resentment, and unhappiness brews.

People pleasing can have a destructive impact on lives, especially among those in recovery. This type of behavior is common among codependents, alcoholics, and those who were raised in dysfunctional households. People pleasing behavior is very common among the general population as everyone has done it at some point in their lives. But when the behavior takes over a person’s life and becomes the only method for interacting with others, it can take a serious toll on mental health and cause damage to relationships and well being.

People pleasing is usually learned early on in life, when as children we were taught to be compliant and were even punished for being ourselves. We carry those lessons into adulthood and use it to navigate our lives at work, in relationships, and with family members. A little people pleasing behavior can actually be beneficial, especially in the workplace, but when you no longer respect your boundaries or even know what they are, that can be a serious problem.

The effects of people pleasing.

Like many codependent behaviors, people pleasing can cause a person to engage in relationships and activities that they don’t actually care about, and to remain in abusive relationships for far too long. They will also develop a persona around others to the point where no one actually knows what their true personality is. A people pleaser’s life begins to revolve around meeting the needs of others, while their own needs are never met.

The roots of people pleasing behavior.

As mentioned previously, people pleasing often has its roots in lessons learned during childhood when we were taught to conceal our authentic selves in order to avoid being punished, shamed, or rejected. As adults, we continue to follow these lessons by seeking approval in all relationships by consistently putting the other person’s needs before our own. When this becomes a habit, we are also putting ourselves at a high risk of being used, exploited, abused, and manipulated. People pleasing comes from a deep fear of being rejected. This fear is so strong that we will even go so far as to put our authentic selves on the line.

How to deal with people pleasing in recovery.

Unfortunately for many individuals, the choice to stay sober is not enough to put maladaptive behaviors to an end. We can continue to practice people pleasing during recovery and put our recovery at risk, as well as continue to damage our mental health, well being, and chances of making any real progress.

The first step to deal with the behavior is to realize that rejection in life is inevitable. It is utterly impossible to gain approval from every person you meet. Everyone has their own judgements, biases, needs, and preferences, and so do you. Start making a list of the things that are most important to you when it comes to work, family, and relationships, including needs and boundaries. Review how these boundaries have been crossed in the past and be sure to apply them to future relationships.